Partnerships and competition in the building intergrated PV market 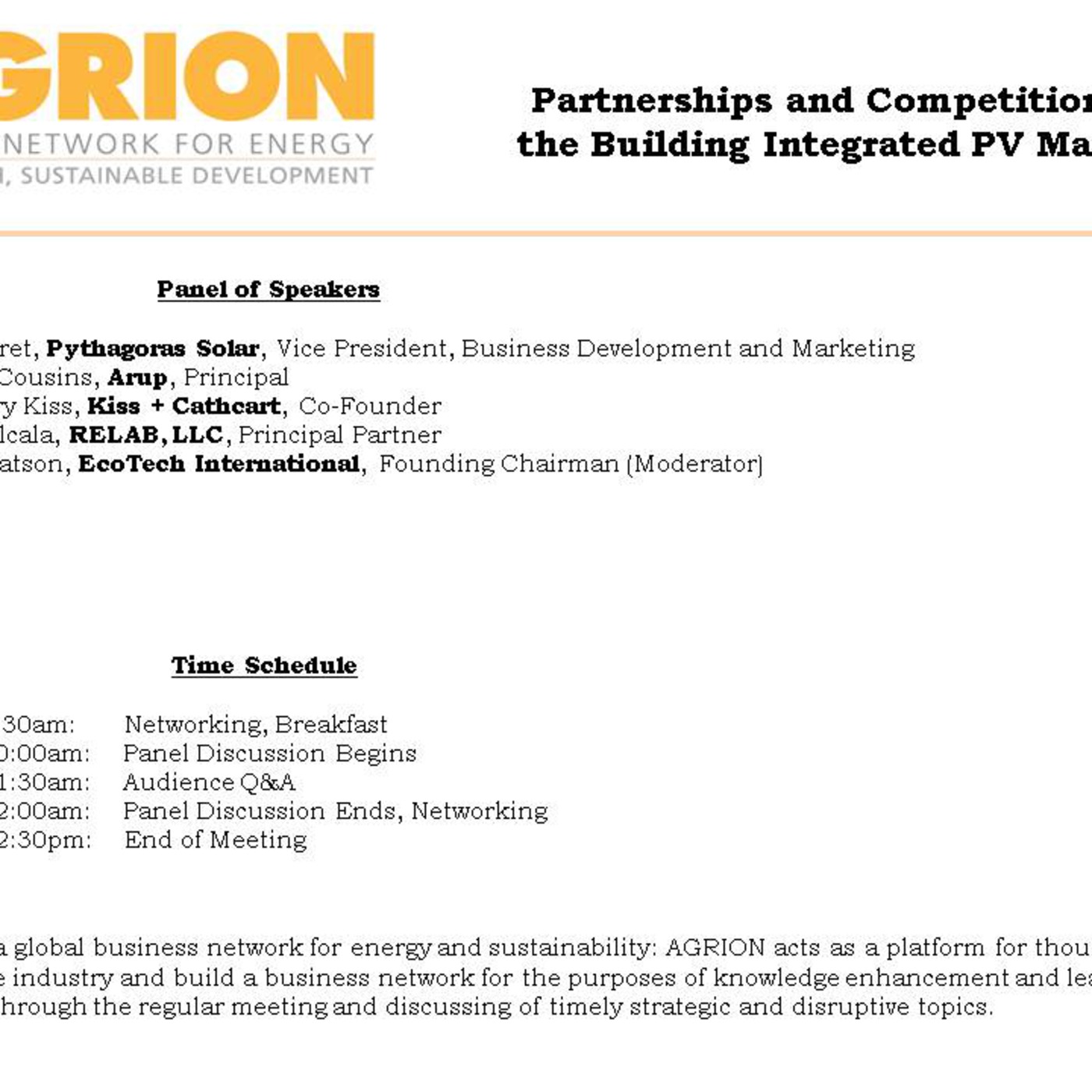 Nationwide, a growing contingent of building owners is embracing green design principles by opting to construct BIPV curtain walls or roofs. BCC Research reports that the BIPV glass sector “had a capacity of .2 megawatts in 2010 but is expected to increase at a 670% compound annual growth rate (CAGR) to reach a capacity of 5,439 megawatts in 2015”, while Pike Research reported that the global BIPV market would "see strong growth in the coming years, with annual wholesale revenues rising from $744 million in 2010 to nearly $4 billion in 2016, under a base case scenario.” This trend is driven in part by increased efficiency and by the development of aesthetically pleasing solar shingles. New York City is one of the epicenters of green architecture where alluring tax incentives and retrofit financing structures have met with nonpareil design brilliance. In this meeting, we examine avenues of collaboration between architectural, design and BIPV trades to harness the sun’s potential for building and development in such a highly urban setting. Where are the areas of highest BIPV potential in New York City given the strong effect of shading on performance? What are the cost comparisons and trade-offs between BIPV vs. mounted PV arrays? What is the ROI? For residential vs. commercial buildings? What factors are considered in calculating ROI? Are BIPV's cost effective for existing buildings? What are the added benefits of BIPV? (e.g. temperature and lighting control by transparent PVs) What BIPV technologies show the best promise for traction (e.g. CIGS, quantum dots)? What opportunities exist for integrating BIPV with solar thermal, solargeothermal technologies for further building efficiency? What are the solutions to the barriers of scaling up (e.g. cost, demand for customization)? Speakers: Udi Paret, Pythagoras Solar, Vice President, Business Development and Marketing Fiona Cousins, Arup, Principal Gregory Kiss, Kiss + Cathcart, Co-Founder Jose Alcala, RELAB, LLC, Principal Partner Rob Watson, EcoTech International, Founding Chairman (Moderator)