This pod cast is to help you with your regents and the understanding of world war II.

First I am going to talk about How the United States entered the war.

The United States refused to fight in the war between Germany and the European countries.  So The united states passed the Neutrality Act in 1936. The neutrality act was to keep the united states out of the world war. In 1941 the U.S was attacked by the Japanese navy at pearl harbor. Because of this attack this caused the United States to be directly involved in the war in world war 2.

Some other acts that led to the Acts that drew the US closer into WWII:

Now I am going to talk about How the Japanese American’s were affected by this.

The government of the united states believed that Japanese American’s were  of planning to help Japan by attacking the U. S again.  Japanese Americans were forced to leave their homes, jobs and property to relocate into camps till the end of the war.

In the case of Korematsu vs. U.S (1944) Fred Korematsu, a Japanese American, refused to leave his home as ordered by the U.S government. The Court ruled in favor the U.S and that the forced evacuation was a reasonable wartime emergency measure. Fred’s civil liberties could be limited because of the war.  This case showed that during wars it is OK to limit civil liberties.

Hi, (My name is Mickey Paul and) I am going to tell you a little about World War 2, which started September 1, 1939 and ended September 2, 1945. This war was a war located in Europe, Pacific, Atlantic, South East Asia, China, Middle East, Mediterranean and Africa. At the start of the war our government the United States government declared a state of neutrality in the war. The act called Neutrality Act of 1935 & 1936 make sure the United States would not be part of the war. But then the United States was drown in because of the money there was to be made in it. President Franklin D. Roosevelt signs the bill Lend Lease to give aid to Britain and Chain. They had thing we needed so we help them out so we can get it. The bombing of the Navy base, known as Pearl Harbor and Lend Lease Act which say that America support United Kingdom, Soviet Union, China, France and other Allied Nations lead the U.S to take a military part in WW2. Our government then go more into the war to help stop the spread of communism, which was one person ruling over a country, for Adolf Hitler example in German. Communism was spreading all over Eastern Asia and Europe so American had to put a stop to it. A lot of young men and woman lost their life fight to end this cause. And in the end thank God American won with it allies which form NATO. In result to the allied victory, the United Nations was from. A world wide peace keeping military, made the United States and Soviet Union superpowers, and also beginning of the cold war. Ww2 was a wide spread war to help, end and support many things but in the end one team was left on top and it team USA.

federalism is a system that divides our government into the national government and the state government which is made up of three types of powers. The three types of powers are delegated power concurrent power and reserved powers. Here are examples for each of the power some examples that delegated power use is to print money, regulate interstate which means (between states) and international trade. Concurrent power is both National Government and State government here are a few examples that concurrent power use which are collect taxes, build roads, borrow money, and establish courts. Another power is reserved power which is state government. Some examples that reserved power use is issue licenses, conduct elections, establish local governments, and ratify amendments to the constitution. Another topic that’s part of the bill of rights would be checks and balances. Checks and balances prevent any one branch of government from becoming too powerful; limits the power of central government. Checks and balances allow for a system

Presidents has influenced both the growth and destruction of the United States, For example president John F Kennedy approved a plan to invade Cuba which came to be called The Bay Of Pigs Invasion of 1961. He recruited Cuban rebels to work with CIA agents and provide them with inside information. The invasion was a failure. Fidel Castro had already found out about there plans. while they were getting ready for the invasion he was getting ready for his counterattack which resulted in The Cuban Missile Crisis. Fidel Castro created nuclear missile bases that were set up in the direction of the United States. Another president who made a big difference was Lyndon B. Johnson. He created the Civil Rights Act of 1964. This act allowed both African Americans and Women to be treated as equal.It stopped discrimination in public facilties.

U.S imperialism was a result of industrialism. Industrialization required a lot of raw materials and the only way to get them was through conquering other places. This also led to manifest destiny which was the dream of the United States expanding from the Atlantic Ocean to the Pacific Ocean. During our conquering we got ourselves into the Spanish American war. In the Spanish American war Cuba was fighting Spain for their independence. We sought to help Cuba for our personal interest. Involvement in the Spanish-American War, acquisition of Hawaii, and introduction of the Open Door policy in China were actions taken by the United States Government to A. establish military alliances with other nations B. gain overseas markets and sources of raw materials C. begin the policy of manifest destiny D. support isolationist forces in Congress (b) I am going to talk about the Spanish American war which was a war between Cuba and Spain. Cuba was seeking its independence from Spain due to the harsh treatment given to Cubans. One of the many reasons we got involved was because a lot of news articles talked about how Spain mistreated the Cubans. The publishment of these articles was called Yellow Journalism. When we got involved we became known as a global power. One important conclusion that can be drawn as a result of the United States experience in both the Spanish-American War (1898) and the Persian Gulf War (1991) is that 1. Only the President should decide issues of war and peace 2. The media are a powerful influence in shaping American public opinion toward war 3. The public has little confidence in the ability of the American military 4. International organizations play a decisive role in determining the outcome of a war (2) President Theodore Roosevelt had a big stick policy which was to speak softly but carry a big stick. The big stick symbolized the U.S army which meant that the U.S would use its military power to carry out the foreign policy. The Monroe doctrine gave the U.S. the right to intervene in the affairs in Latin America. In other words it gave the U.S safety because they protected our business and economic interest in the world. For others of course it was a warning against colonization. The Monroe Doctrine declared that the United States would A. prevent the establishment of new European colonies anywhere in the world B. help colonies in North and South America adopt a democratic form of government C. view European interference in the Americas as a threat to the national interest of the United States D. prevent other nations from trading with South American nations (C) In 1823, the Monroe Doctrine was established mainly because the United States wanted to A. keep control of Alaska and Hawaii B. establish more colonies in Latin America C. support England’s attempt to keep its empire in Central America D. warn Europe against any further colonization in Latin America (d)

Causes of the Civil War 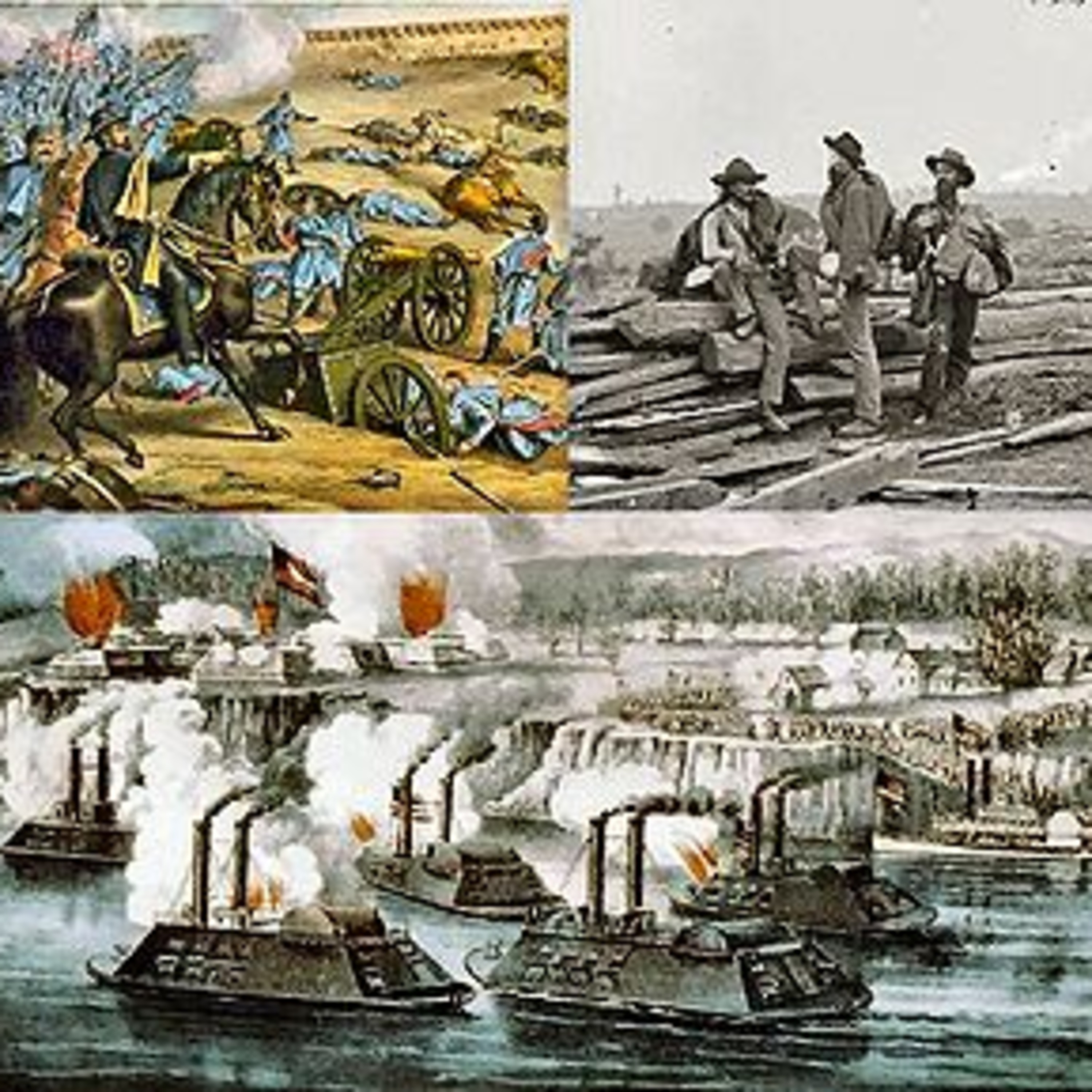 This podcast is going to be about the causes and effects of the civil war. The civil war occurred during slavery times. A civil war is a war between the people within the same nation state. There are many reasons for civil wars to occur but the main reason would be for independence. The main conflict of the American civil war was slavery. The southern states were for slavery, while the northern states opposed slavery. This led to a campaign organized by Abraham Lincoln to end the expansion of slavery. The southerners needed slavery more than the northerners because the southerners were less industrialized. Being that the northerners wanted to take away slaves from the south, the south became very irritated. This caused tension between the states. This led to many acts concerning slavery such as the Missouri Comprise, the Fugitive Slave Act, and the Kansas Nebraska Act. These three acts were compromises to bring together the north and the south. Unfortunately, they did not work. Conflicts concerning the civil rights movement were court cases concentrating on certain individuals such as the Dred Scott vs. Sanford case. This was a case where a man named Dred Scott lived in the north and thought he was free because the north was a free state but he was still considered to be a slave. Therefore, leading to the idea that slaves can never be citizens. This case didn’t help the slaves. Then came the election of 1860, where Abraham Lincoln became president. This caused the southern to secede from the union and forced them to set up an independent government known as the Confederate States of America. This sense of sectionalism added more tension between the states, which was a major cause of the civil war. The south was defeated and many were killed but the war ended slavery and African Americans gained many rights due to the civil war. 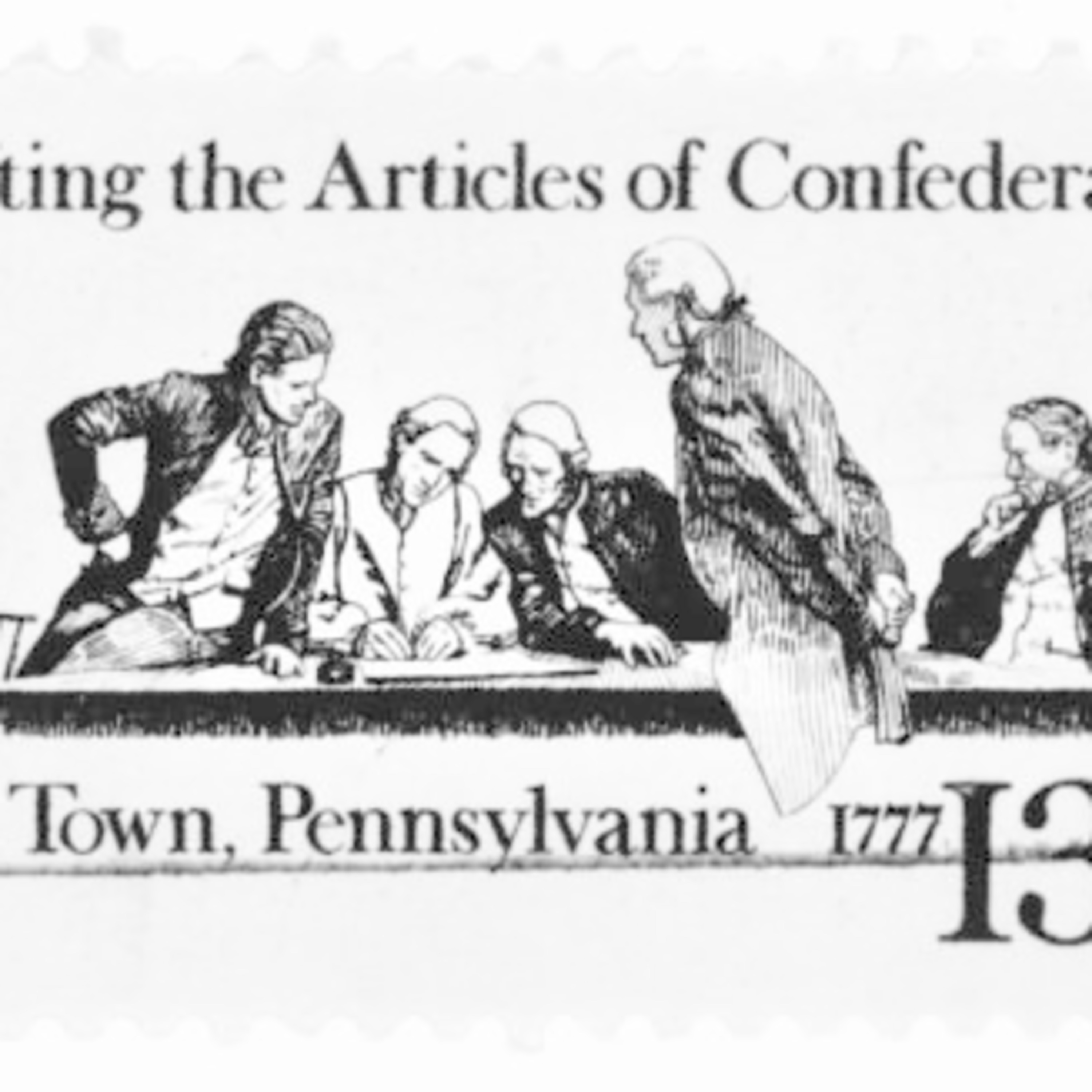 In the 1780’s, many Americans did not trust a strong central government. This distrust is best shown by the?

Why did the Articles of confederation fail?

The Northwest Ordinance of 1787 was important because?

Shay’s Rebellion, which was led by Daniel Shay, was a protest over direct taxes and other economic and political problems faced by farmers of Western Massachusetts, which was another good outcome. Shay’s Rebellion demonstrated how the lack of a strong central government could result in using of the poor and ultimately in a rebellion. It also showed why a strong central government was necessary in order to have a stable promising country.