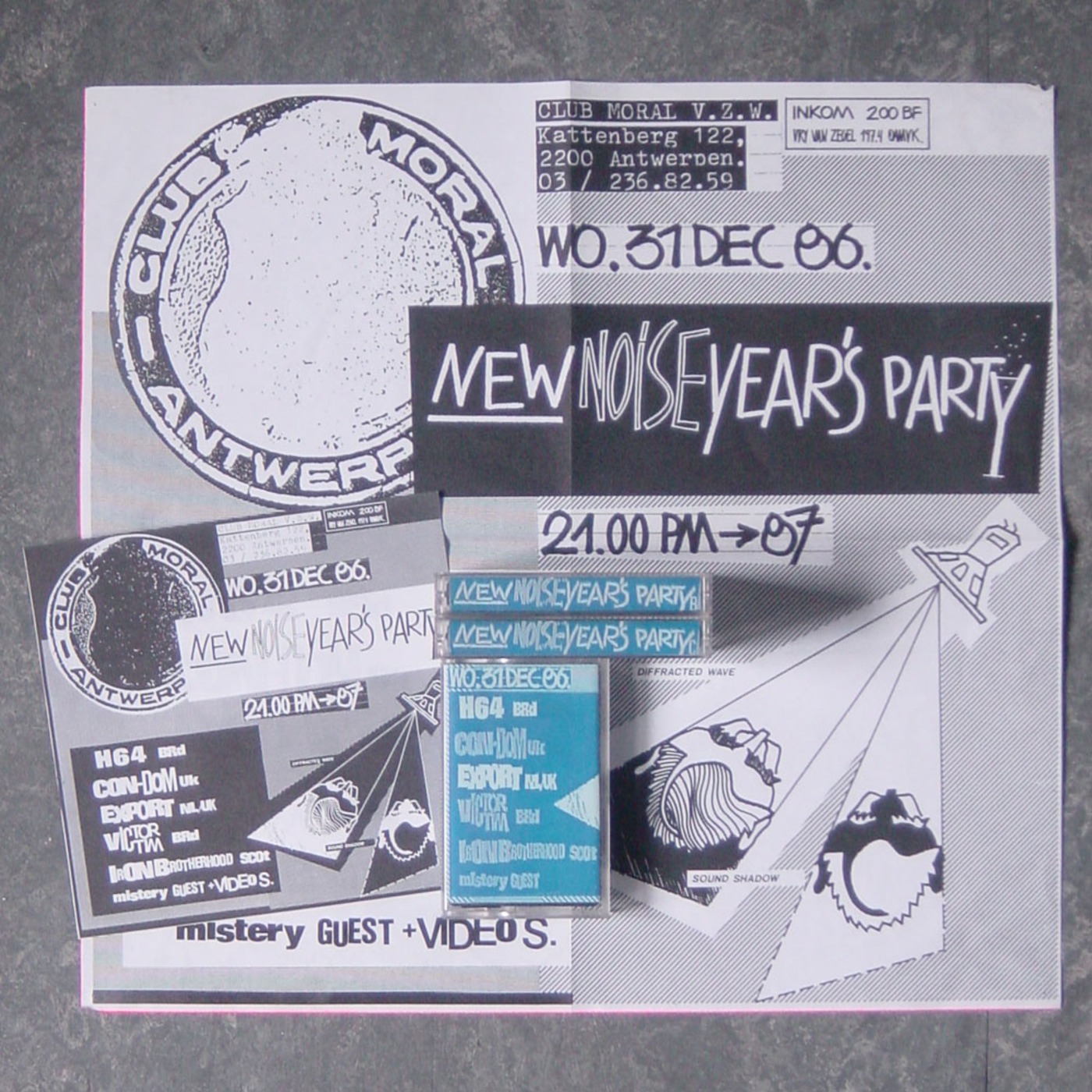 Various Artists - New Noise Year's Party (3 x C-60 cassette) A01 - H64 A02 - Export B01 - Condom B02 - Iron Brotherhood C01 - Victor/im C02 - mistery guest This 3 cassette set is a report on a small festival organised by Club Moral on 31 December 1986. Four of the bands had earlier played together in Birmingham on an event organised by Condom (Mermaid, 26 September 1986). Apart from the recordings not very much information on the event was to be found in our archives. "With bleeding ears from old to new" certainly sounds like an excellent idea and I would definitely be willing and able to play. As Ingo is looking to organise something in Germany between December 20th and January 7th the two could be combined very well. (letter from Condom, 15 November 1986) Mike wrote me that you're going to invite me to a live event on New Year at Club Moral. Please confirm. Please also confirm if you are interested in a H64 performance at Club Moral; I enclosed a demo tape in the above mentioned package. (letter from Victor/im, 3 December 1986) H64 is a German project by Thomas Beck. Iron Brotherhood is a Scottish project by Jess Hopkins. Victor/im is a German project by Ingo Techmeier. Condom is an English project by Mike Dando. Export were a Dutch/English collaboration, but I don't remember who. The Mystery Guest were Club Moral. This episode will be posted in three separate uploads, the first two are available now, the third will follow in the next couple of days.