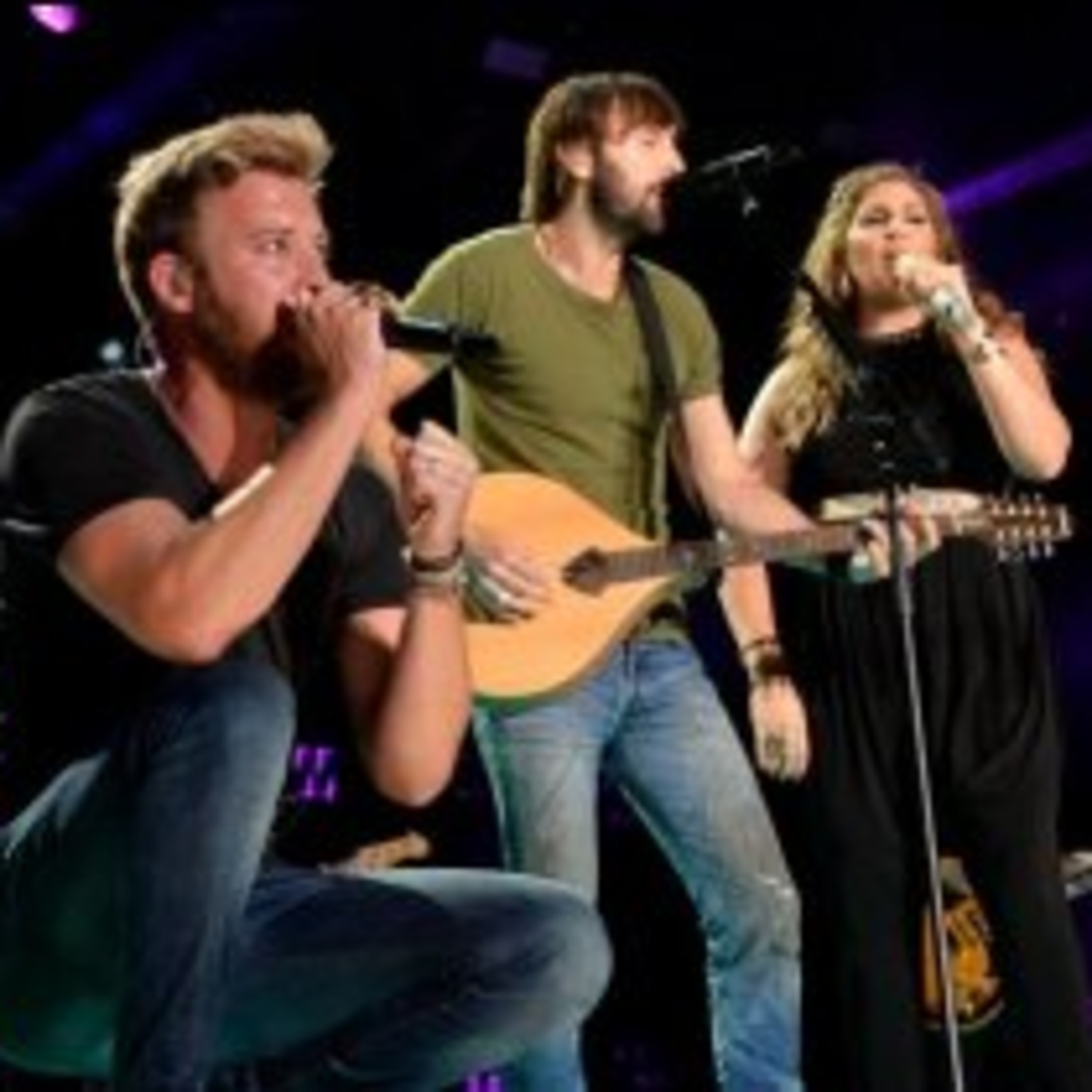 Sunday was the last day/night of the 2014 CMA Music Festival and Concert Blast was there to cover the fun. The acts on this last night consisted of Charlie Daniels Band, Thomas Rhett, Lady Antebellum, Hunter Hayes, Zac Brown Band, and Brad Paisley. Also included in this podcast are two quick conversations with Concert Blast fans. Enjoy the podcast with Mike Arnold, Tom Thompson, and Will Perry. Also logon to the official website... http://www.concertblast.com 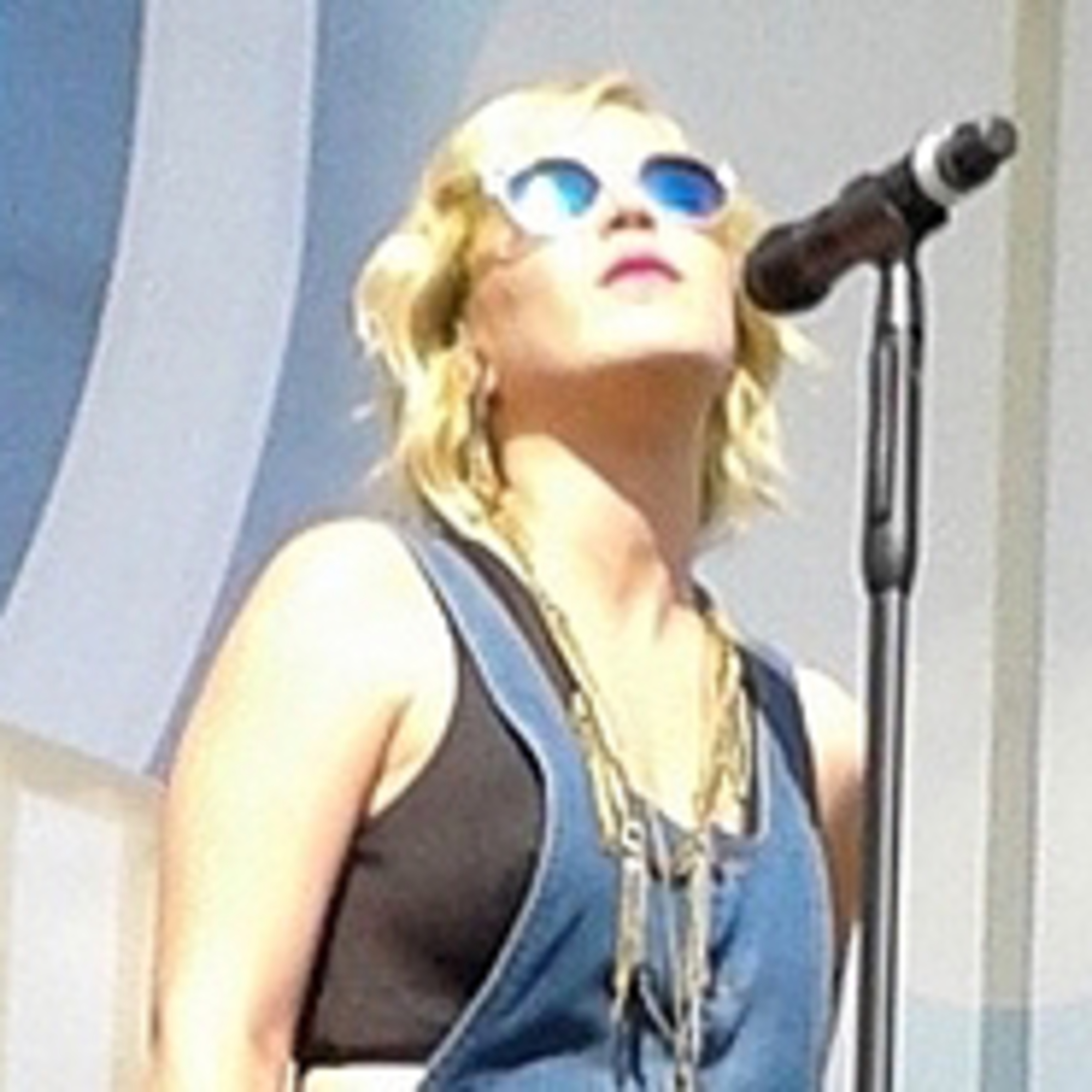 It was officially day three of the 2014 CMA Music Festival in Nashville, TN. Mike Arnold, Tom Thompson, and Will Perry continued with the concert coverage. Day three lasted about 15 hours and this was after two prior long days! Yes, we were tired but excited to cover more concerts. On this day we started at the packed Riverfront Park to cover LoCash Cowboys, went to the Bridgestone Arena plaza for Chuck Wicks, we then strolled over to the HGTV sponsored barn to see an invitation only solo performance of Sugarland's Kristian Bush, and then completed the daytime shows back at Riverfront Park to see one of our favorite up and coming artists, Maggie Rose. After a dinner and a hour rain delay, we headed over to the stadium to catch Sara Evans, Little Big Town, Darius Rucker, Florida Georgia Line, and closing the night with Keith Urban. Enjoy the podcast! Read the written blog by Mike Arnold on the official website. Logon to our official website http://www.concertblast.com 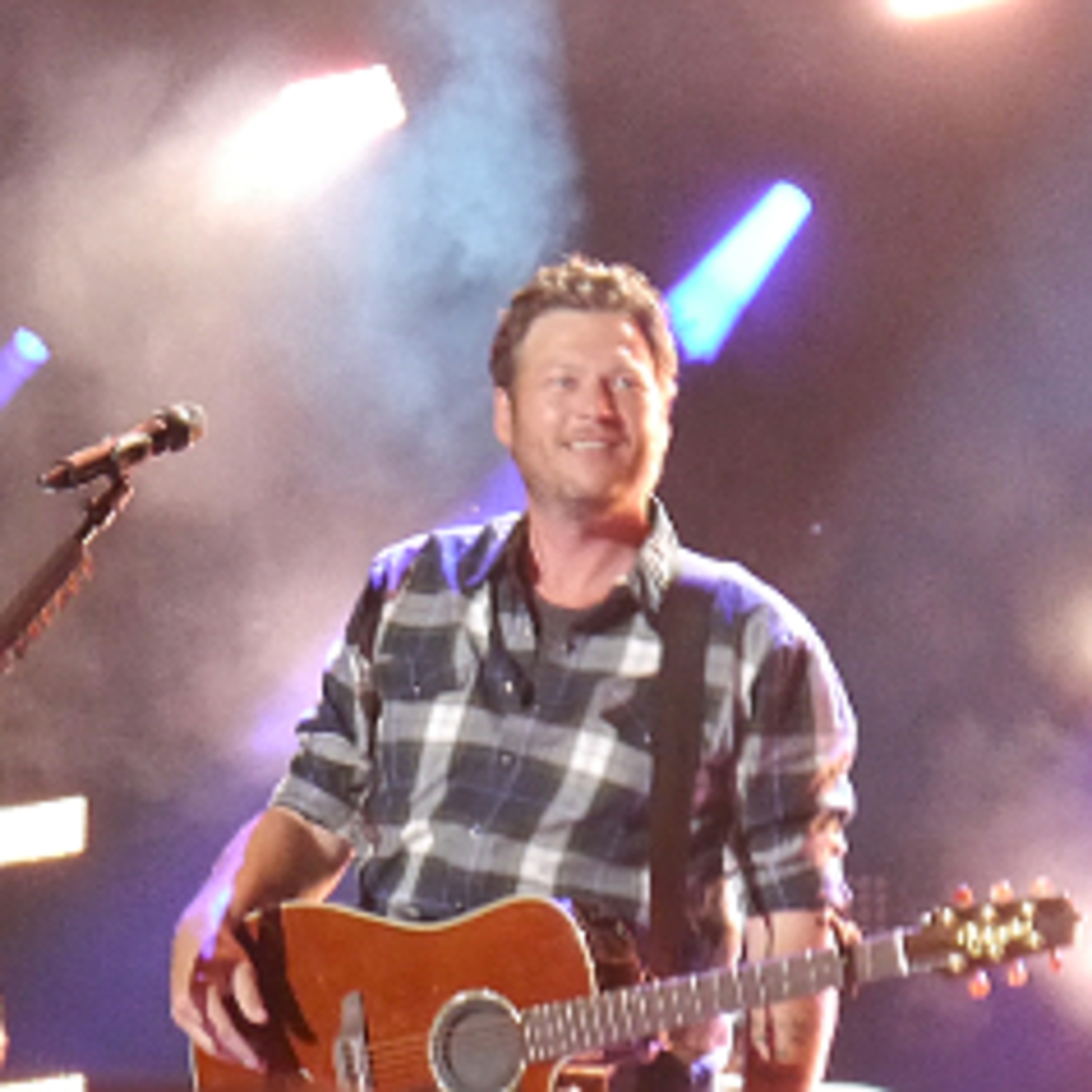 As the Concert Blast coverage of the 2014 CMA Music Festival continues, this podcast is focused on the activities from Friday. Mike Arnold and Tom Thompson headed downtown for the first act of the day, which was Craig Morgan on the Riverfront Park stage... at 10am! Later in the day helper Will Perry joined in. The coverage ended as Blake Shelton said goodnight from the Stadium stage... at 12:30am! That’s over 14 hours of walking, waiting, talking, enjoying, and snapping pics of many artists, fans, and others. Friday’s coverage included (in order); Craig Morgan, Will Hoge, Holly Tucker (contestant from The Voice), Trace “the rib-whisperer” Arnold (not in the podcast), Mike Wolfe (from American Pickers), Hunter Hayes (surprise acoustic show). Then they covered the stadium concerts of (in order); Travis Tritt, Eric Church, The Band Perry, Jason Aldean, Miranda Lambert, and Blake Shelton. What an exhausting day and night, but with a lot of fun! Enjoy listening to the 262nd audio podcast and/or reading the blog written by Mike Arnold (written blog on official website). Logon to our official website http://www.concertblast.com 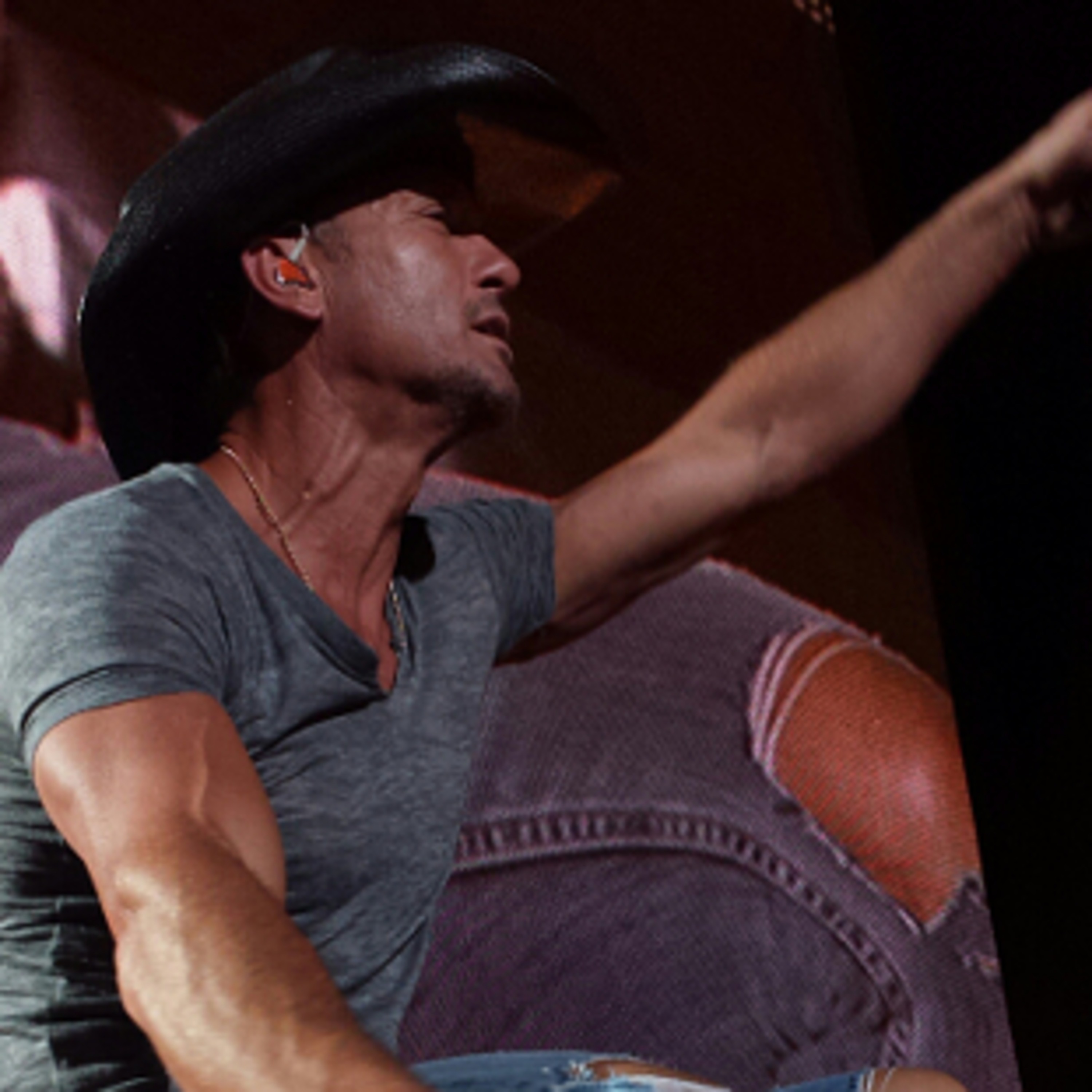 The 2014 CMA Music Festival put another shot in the arm of the Nashville, TN economy and Concert Blast was there to cover as many event as they could. There were so many concerts and other events that no one person could attend, not even the three of us. This is the first of many podcasts from this festival. Enjoy the Thursday night stadium show coverage with plenty of live clips and fun with the attendees. Concerts covered were (in order); Alabama, Luke Bryan, Brantley Gilbert, Dierks Bentley, Rascal Flatts, and headliner Tim McGraw. Also interview fun with country music newcomer Jenny Casey and Concert Blast fans... Enjoy this podcast and the written review by Mike Arnold on the official website! Logon to our official website http://www.concertblast.com 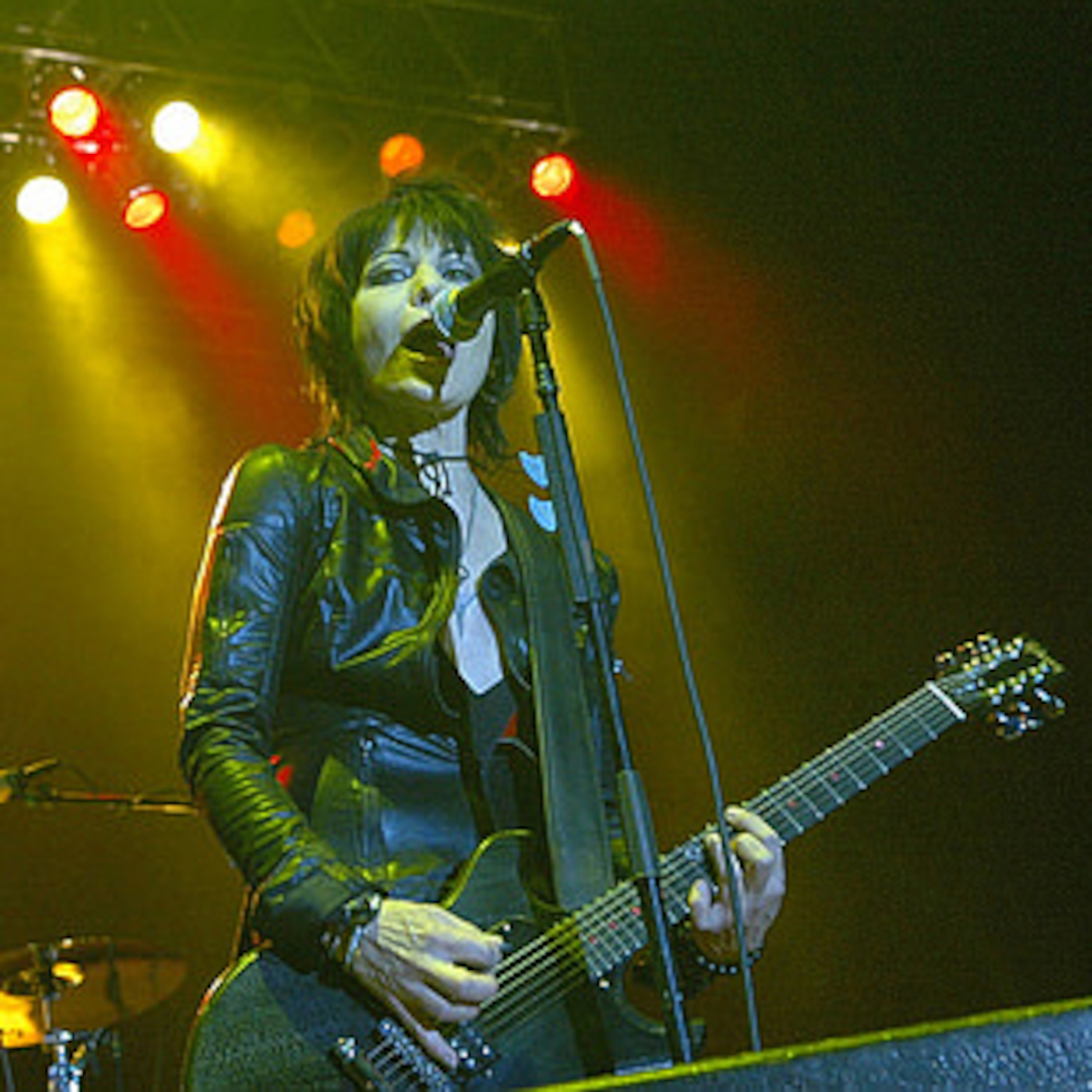 It was day two of the 2014 Memphis in May Beale Street Music Festival and the guys from Concert Blast was ready for another day of fun and music. They started the day with a delicious lunch with their friends (and Saturday sponsor) at Rendezvous. The best barbecue ribs in town… maybe the planet! From there Mike Arnold, Brian Hasbrook, Tom Thompson, and Will Perry headed to Tom Lee Park to begin their duties. We covered several top acts, but only a few made the audio podcast; Four Vines Winery interview, Los Rabanes (from Panama), Jerry Lee Lewis, Blues Traveler, Joan Jett, and the headliner for the night, Kid Rock. Special thanks to our festival sponsor, The Best Around Concessions. Enjoy the audio podcast coverage and Mike Arnold’s written blog review on the official website! Logon to our official website http://www.concertblast.com 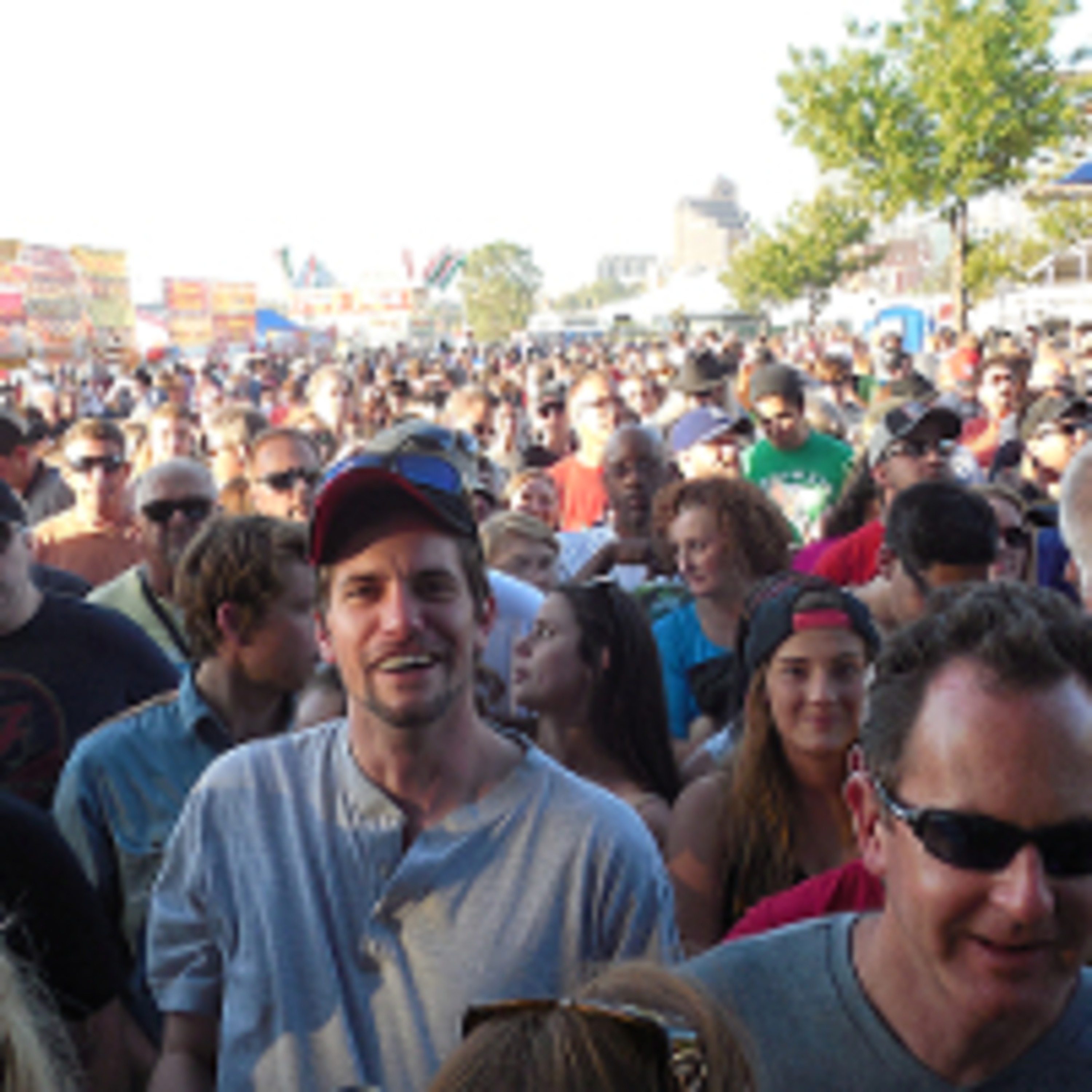 It was one of our favorite times of the year, the first weekend in May. Also known to us as time for the Memphis in May Beale Street Music Festival. Every year Concert Blast has been invited to cover this huge music festival. This year’s lineup was not as good as the past years, but we still had a good time. This year’s Concert Blast staff consisted of Mike Arnold, Brian Hasbrook, Tom Thompson, and our special guest helper, Will Perry. Here is the podcast on Friday night’s events with live clips from Third Eye Blind, Dropkick Murphys, Fitz and the Tantrums (our favorite), 311, Foster The People, and we closed out the night with Dickey Betts & Great Southern. We also must thank our Friday festival sponsor, The Best Around Food Concessions… Enjoy the podcast! Visit Our Official Website http://www.concertblast.com 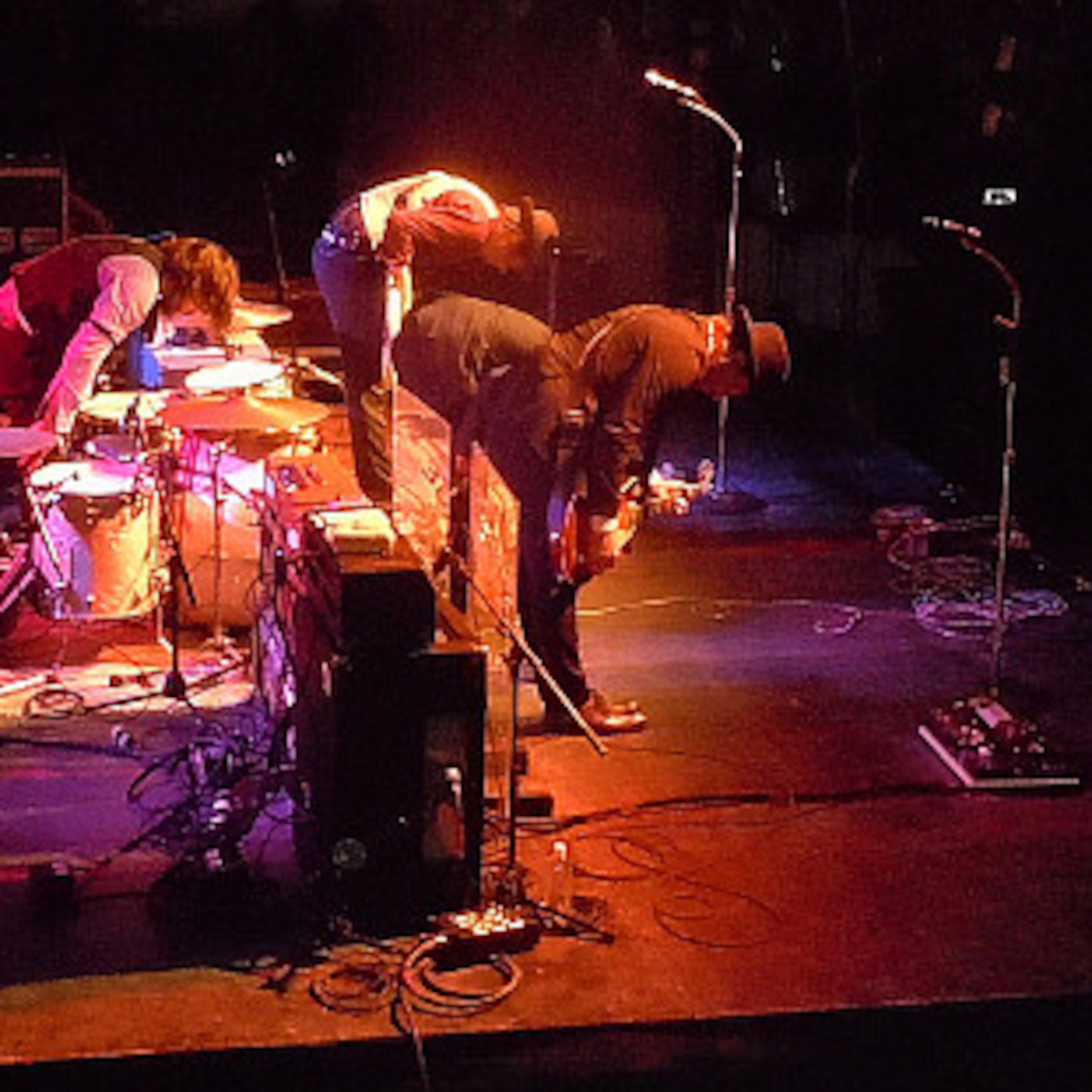 It was a cool October Friday night in Nashville, TN as the first annual Marathon Music Village Festival hosted the Los Angeles based, energetic band, Vintage Trouble. Concert Blast was on site to produce another audio podcast concert review on this fun evening. “Troublemakers” (the nickname of their fan base) came in from different parts of the country and we met one fan from France. Mike Arnold, Brian Hasbrook, and Tom Thompson were back together again for this evening of fun. Enjoy the podcast! Please Visit Our Official Website http://www.concertblast.com 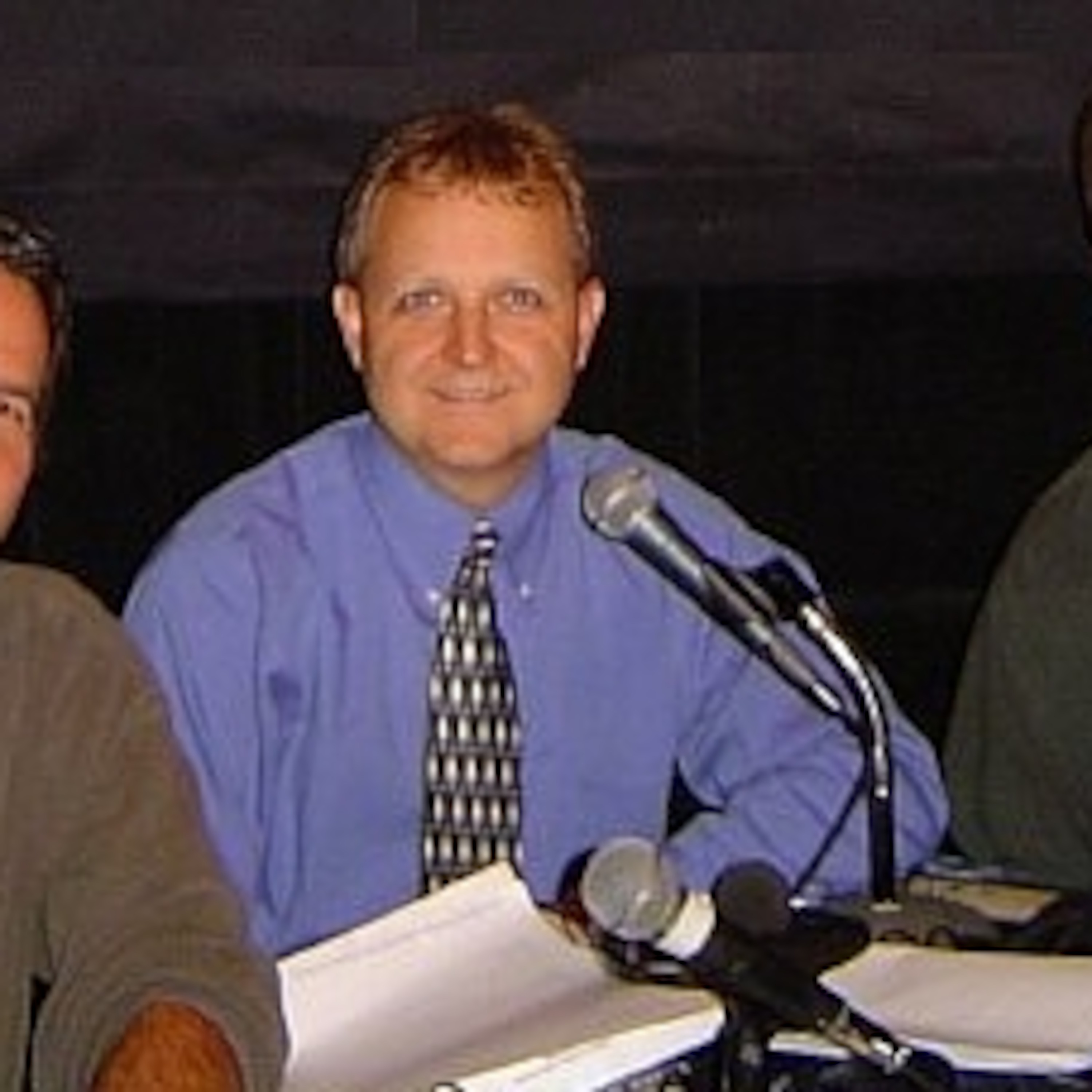 Happy Thanksgiving from Concert Blast! Mike Arnold and Tom Thompson recorded this Thanksgiving Special podcast by focusing on songs related to being Thankful. Songs are titled or included the words, “Thank You”, or “Thankful”. There are also other songs with the words and meaning of “Thanks”. Mike and Tom also share stories about the artists that are featured on this show. Enjoy this podcast and think of what you are thankful for this year. Visit Our Official Website http://www.concertblast.com 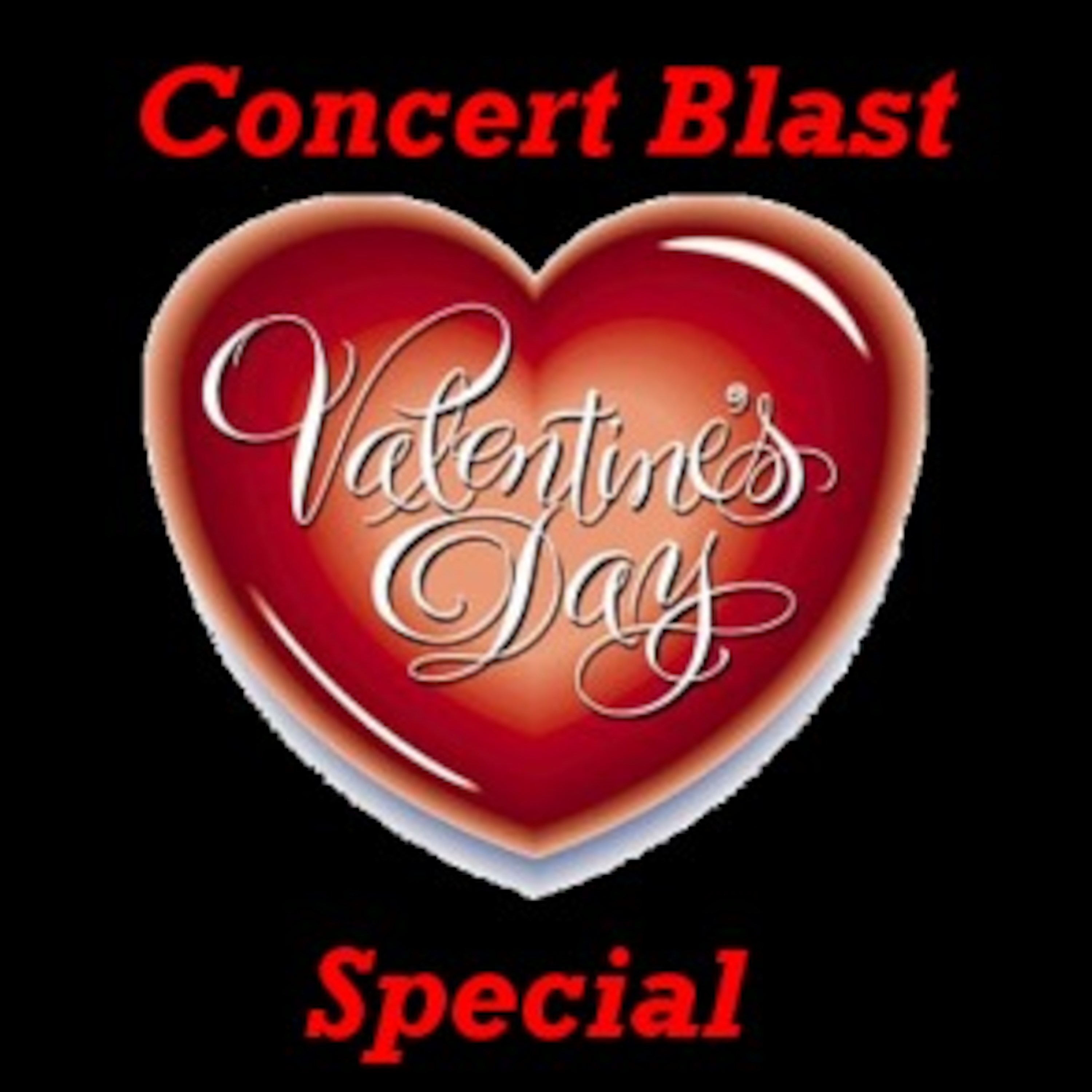 Happy Valentine’s Day from the guys at Concert Blast. Here’s a hilarious podcast on L-O-V-E. When we came up with the idea of a Music Discussion podcast on LOVE, we decided to release it on Valentine’s Day in 2008. Here we are in 2012 with Valentine’s Day being only a few days away, we thought what a great time to re-post one of our most popular Music Discussions. Enjoy our Concert Blast Valentine’s Day Special with Mike Arnold, Brian Hasbrook, and Tom Thompson! At times in this show, Mike was trying to make it soft and sweet, Tom kept sticking his foot in his mouth with his comments, and Brian was getting sick from the sweetness of the show. As he put it, “Guys, we are getting maple syrupy sweet here… Take me to the Car Crashes and Motorcycles Right Now!” You can tell they did have a fun time recording this show. In fact, they came up with over 100 songs to choose from in various categories. The songs were selected by the guys voting for their favorite choices with Mike’s wife, Sandra, selecting the tie breakers. During the recording of the section on the Romantic Songs, Sandra mentioned, “This is too sweet for me and I’m a Female!” Here are the various sections on LOVE with the artist’s we played… INTRO: Bonnie Raitt – Queen – Cheap Trick – Robert Palmer – Huey Lewis and the News – Doobie Brothers – J Geils Band – Eddie Money WANTING LOVE: Georgia Satellites – Jefferson Airplane – Loverboy – Bonnie Raitt EXCITED ABOUT LOVE: Foreigner – Journey – Nazareth – Bon Jovi ROMANCE: Peter Frampton – Journey – Bryan Adams – Cheap Trick – REO Speedwagon MISSING LOVE: John Waite – Aerosmith HURT BY LOVE: Nazareth – Bon Jovi – Tom Petty and Stevie Nicks – Joan Jett BACK TO WANTING LOVE: Queen – Gin Blossoms – Foreigner Visit Our Official Website http://www.concertblast.com 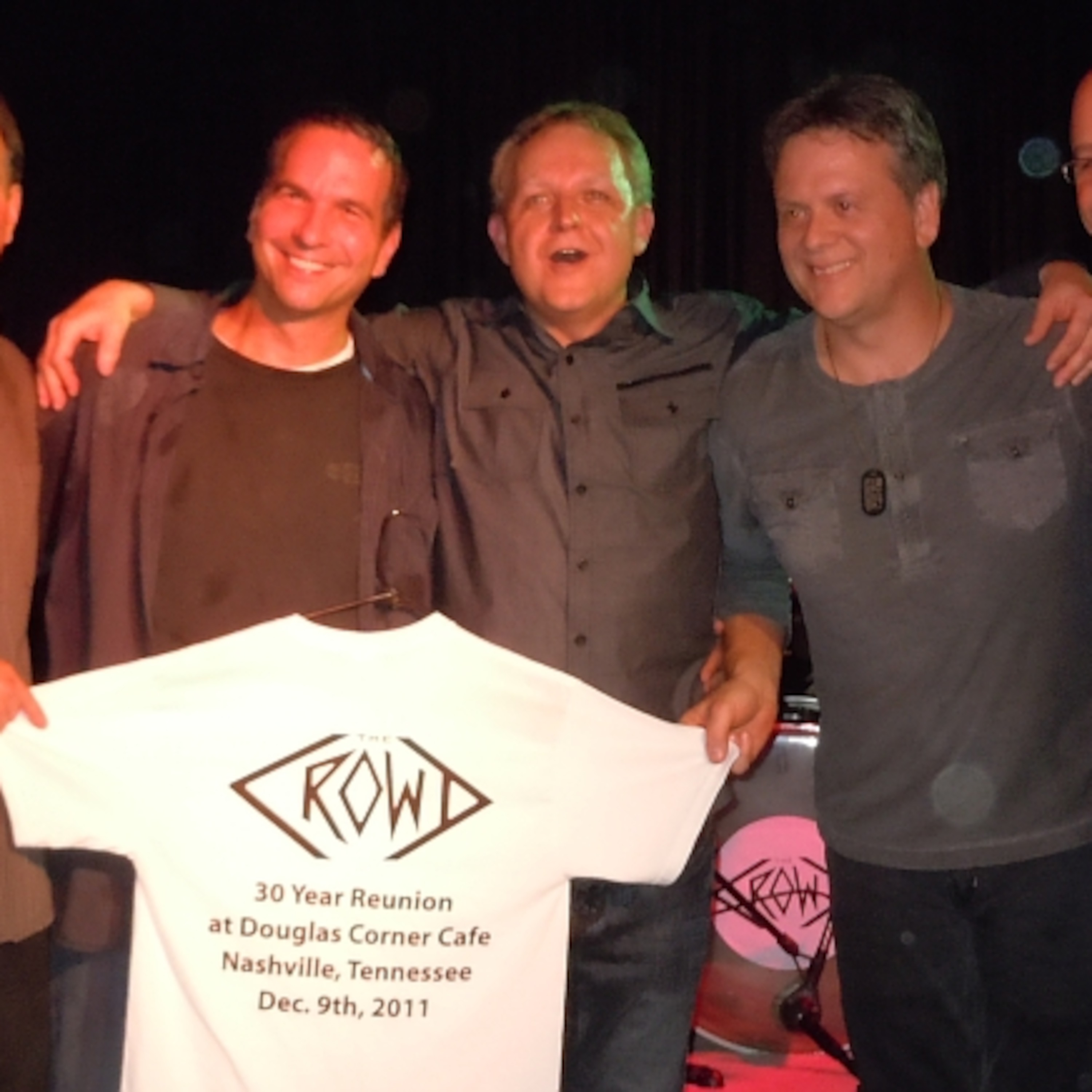 On Friday December 9th 2011 something happened at a music club in Nashville, TN that members of the party rock band from the 80’s, The Crowd, thought would never happen… a reunion show! Two members of the Concert Blast team, Mike Arnold and Tom Thompson, were part of the rock band that began performing cover songs at parties in the early 1980s, decided to write and record a few original songs, had those originals played on the radio and began thrilling crowds at the private parties, rock clubs, colleges, and music festivals. Now in 2011 the guys returned to a rock music club in Nashville, TN, Douglas Corner Café, to perform a reunion show to celebrate their first gig from 30 years ago. Also joining the reunion on stage was Tom’s twin brother and bassist of the band, Jim Thompson, the latest lead guitarist, Gary Conn, and the original lead guitarist, Dwayne Smith. Visit Our Official Website http://www.concertblast.com 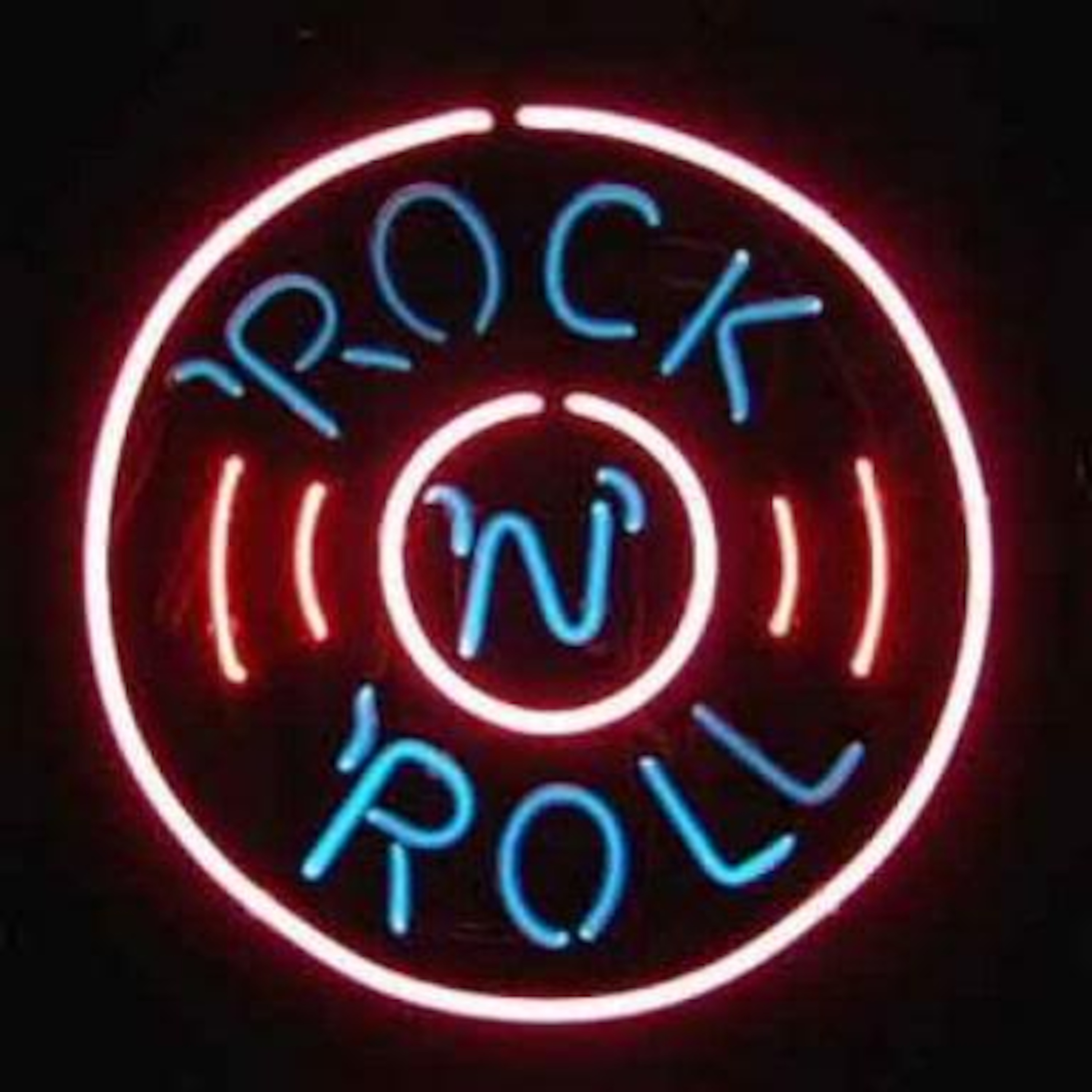 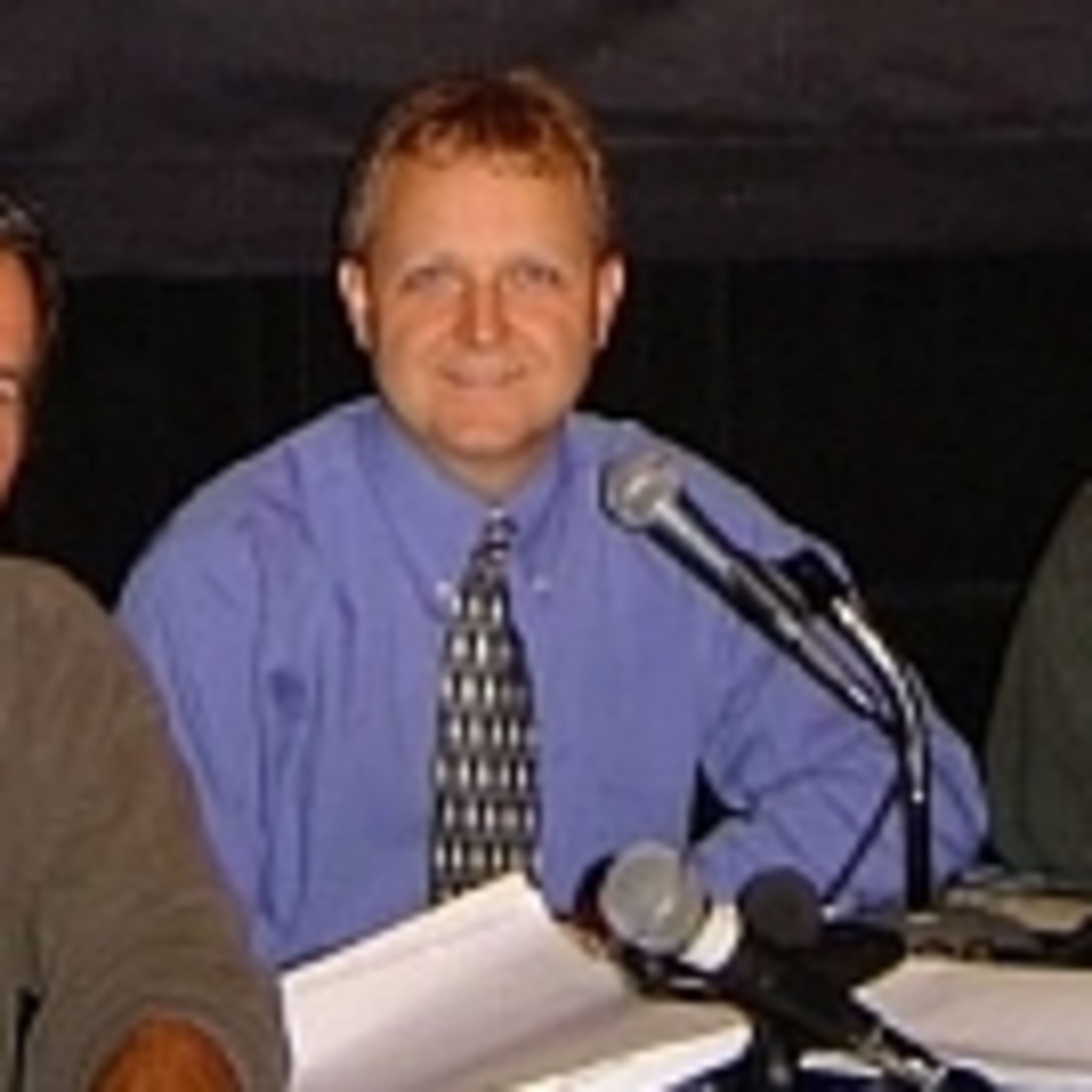 Written by Mike Arnold The concert touring season seems to run from the middle of March through the begining of December. While we wait for the artists to hit the road or the Festivals to crank up the music for the large crowds, I decided this would be a great time to re-post our most popular Music Discussion Podcast – Time Songs from October of 2007. Brian Hasbrook brought the idea to Tom Thompson and me, so we individually collected songs from our memory bank and our research then came together to record our podcast to discuss the songs we found and to remember stories of the artists of the songs. Our idea, find songs with the word “TIME” or has to do with time on a clock or time of day. If you think about it, there are several. I know, I know, we will definitely forget the obvious songs. In fact, the songs on the intro are some we forgot. If you have an idea for a Music Discussion podcast, send us an email – concertblast @ gmail.com ENJOY! INTRO (Journey – Grand Funk – Yes – Hal Ketchum) Artists with Song Clips… Pink Floyd David Bowie Hootie and the Blowfish Foreigner Cyndi Lauper Huey Lewis Poison Green Day Rush INXS Bob Dylan Rolling Stones Cheap Trick Creedence Clearwater Wilson Pickett George Thorogood Gary U.S. Bonds Coldplay Styx Allman Brothers Band REO Speedwagon Chicago Asia Boston Grand Funk Railroad Elton John Billy Joel Edgar Winter Group Dr. John The Babys Guess Who The Zombies