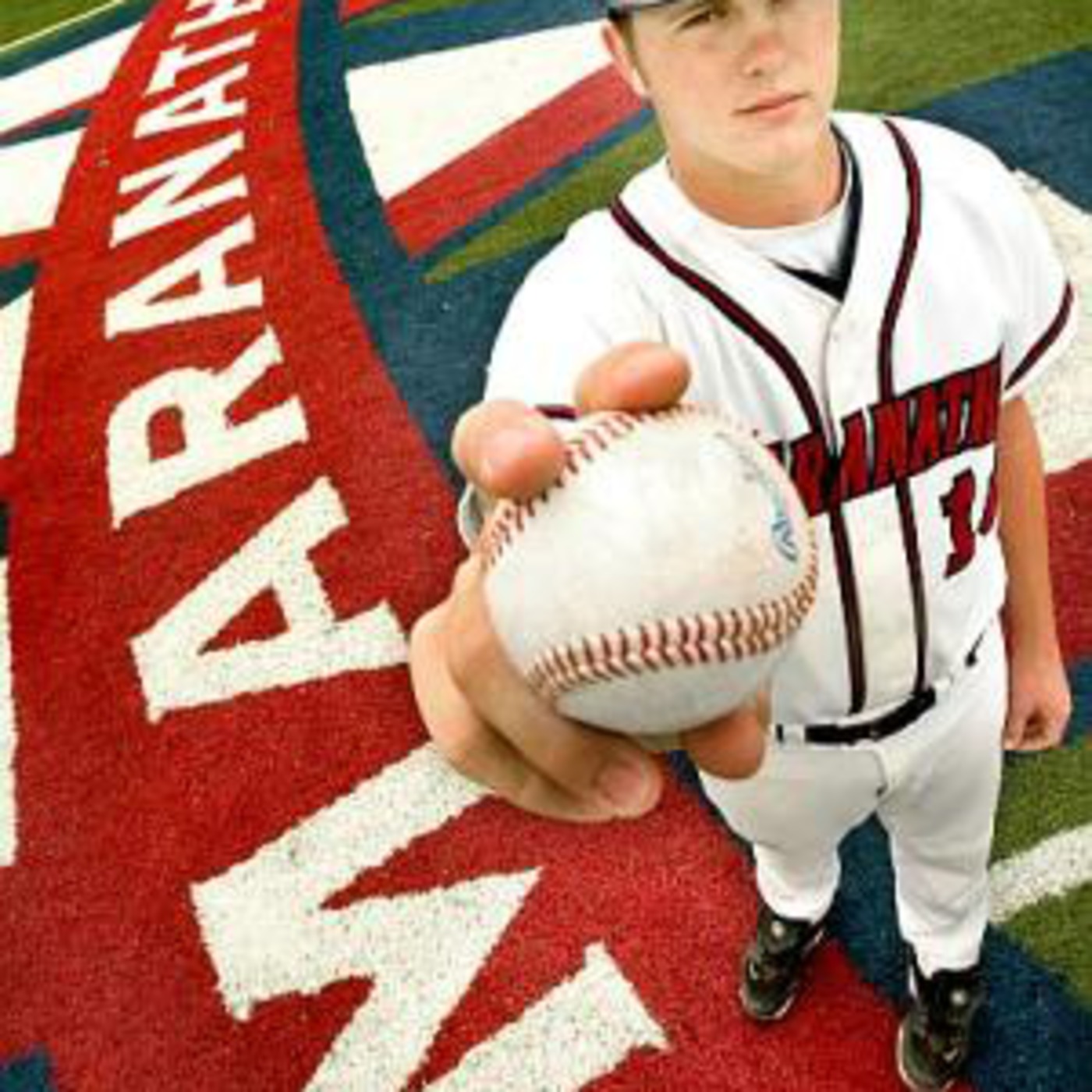 Brewers Review: Episode 7 -- Chris Capuano Makes it to the Majors, the Angels as a Possible Destination for Prince, Questions Linger about the Rotation, Plus Our Two Prospects of the Week 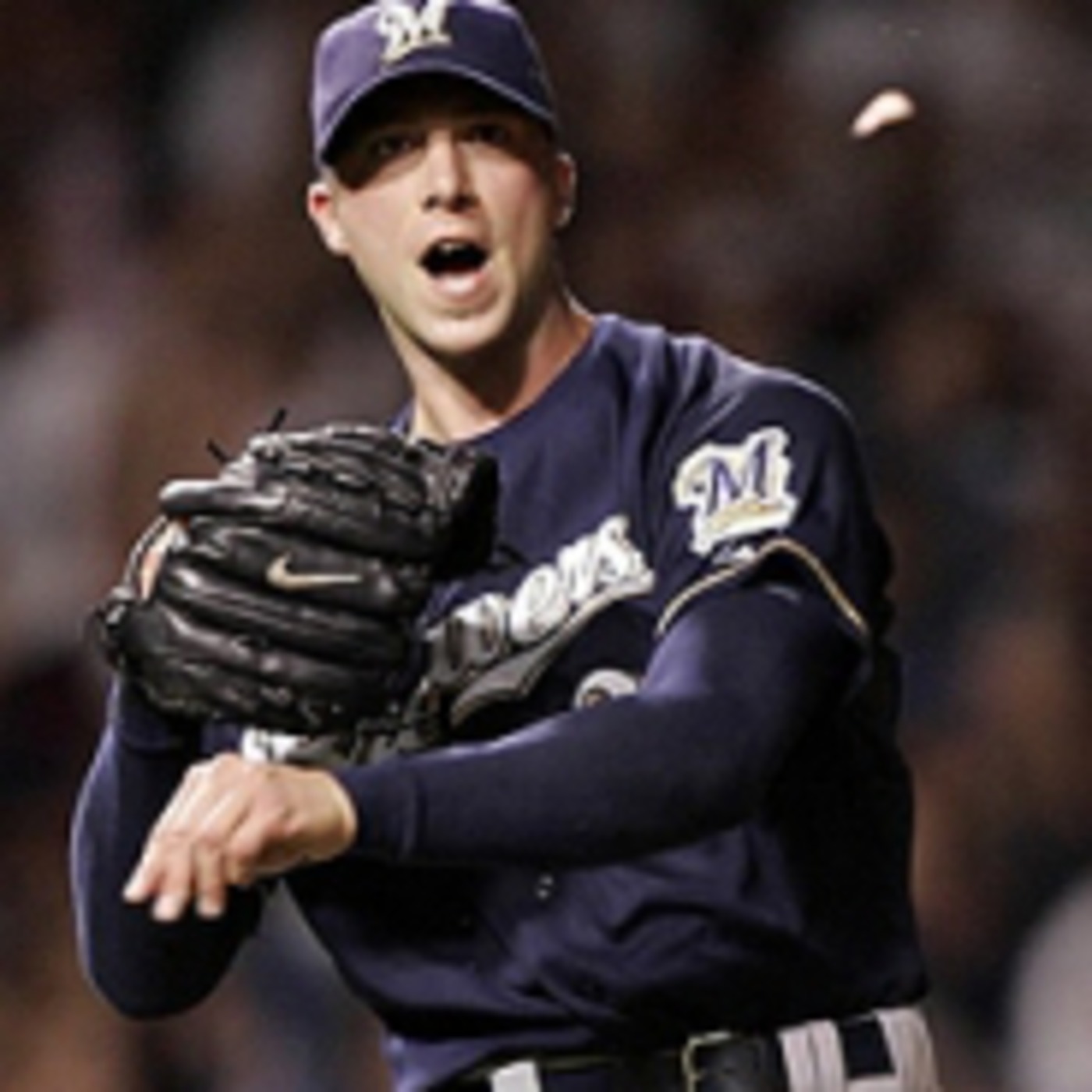 After a long and arduous journey back to the majors, Chris Capuano struggles in his first start. You can't tell me you didn't expect some more adversity for Cappy. Bush gets bumped and Parra gets a second chance. The Angels might be a match for the Brewers if they want to trade for Prince Fielder. Tony Reagins, the Angels GM, has shown a willingness to trade young pitching talent for an established 1st baseman (see Mark Texieria trade http://www.mlbtraderumors.com/2008/07/mark-teixeira-1.html). Angel Salome returns to the organization and attempts to regain his prospect status. http://www.baseball-reference.com/minors/player.cgi?id=salome001ang Mat Gamel returns from the DL swinging a hot bat. http://www.baseball-reference.com/minors/player.cgi?id=gamel-001mat 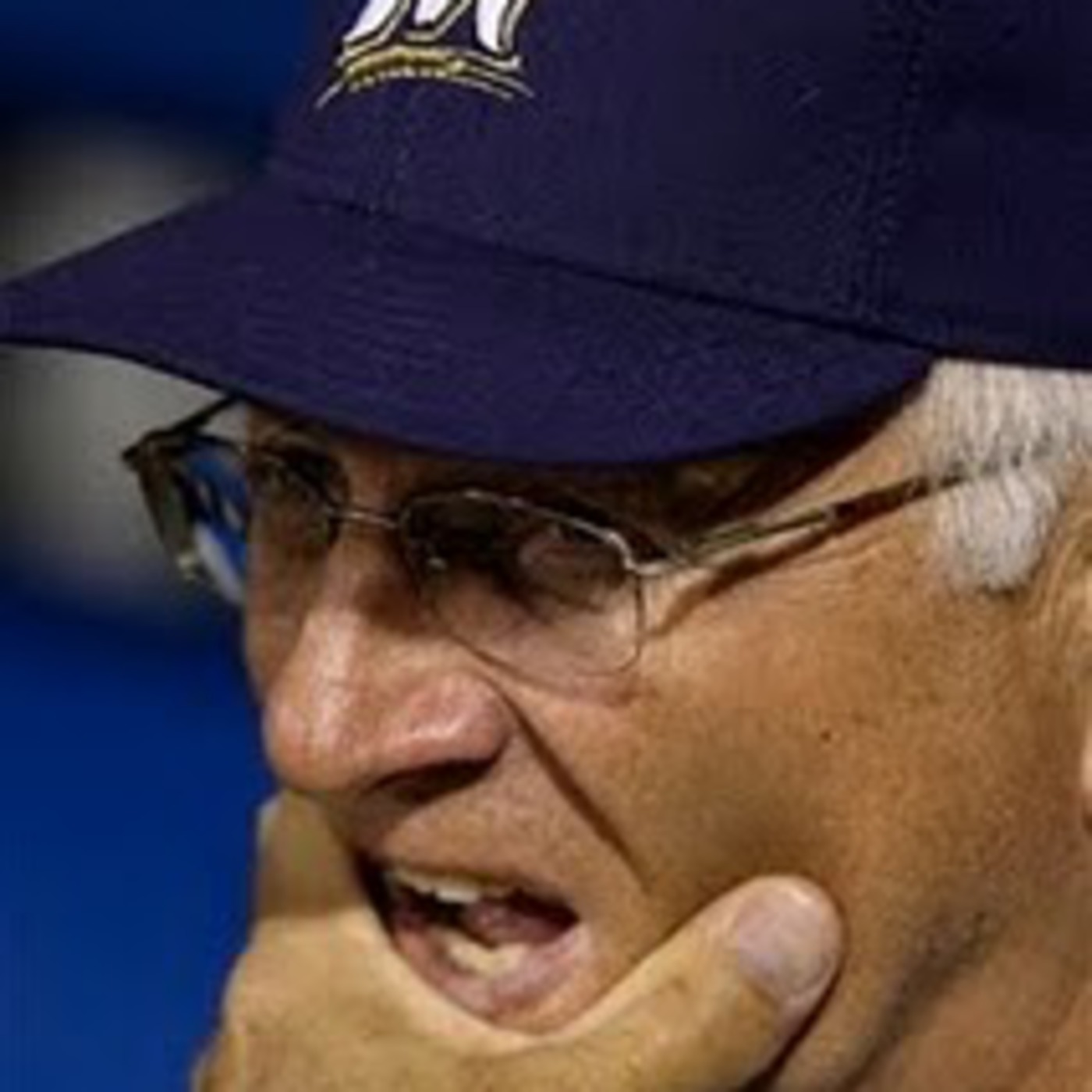 In this podcast, lots of Brewers injuries and bad behavior to discuss. Jack and I consider whether Carlos Gomez was out of line in his homerun celebration. http://milwaukee.brewers.mlb.com/video/play.jsp?content_id=8234261 We also discuss whether Ed Rapuano, the home plate umprie, went too far as he started to jaw with Dave Bush. http://milwaukee.brewers.mlb.com/video/play.jsp?content_id=8226363 My weekly prospect is Cutter Dykstra, who is slowly regaining form. http://www.baseball-reference.com/minors/player.cgi?id=dykstr001cut Last he season he dealt with family issues and struggled in the field and at the plate, but has since rebounded. Here's a very good article detailing Cutter's family problems. http://www.jsonline.com/sports/brewers/93038879.html

Brewers Review: Episode 5 -- Is Prince Fielder a good leader? Who replaces Doug Davis in the Rotation? Will Ken Macha be fired? 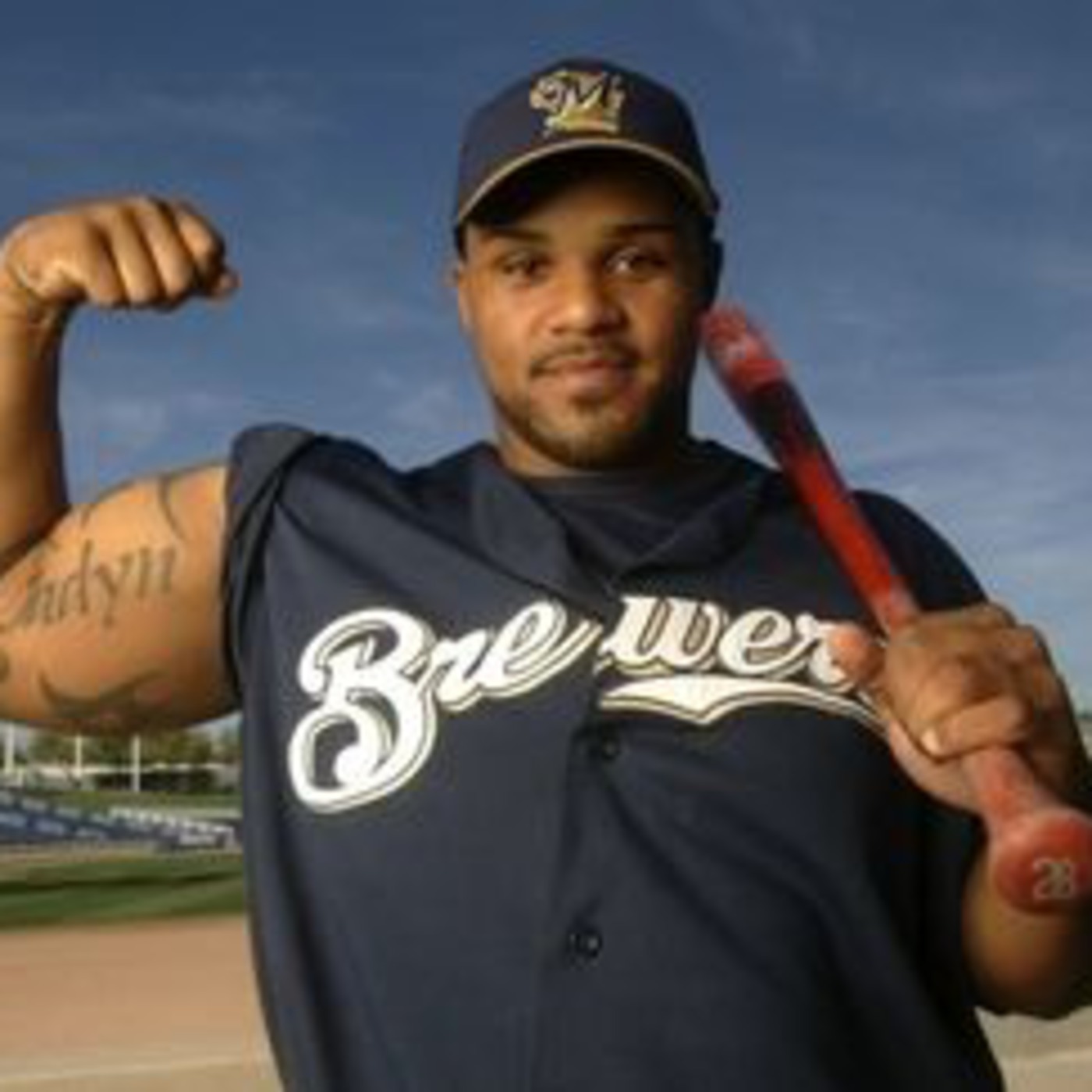 Brewers Review Episode 4 -- This is only the second half of the episode. 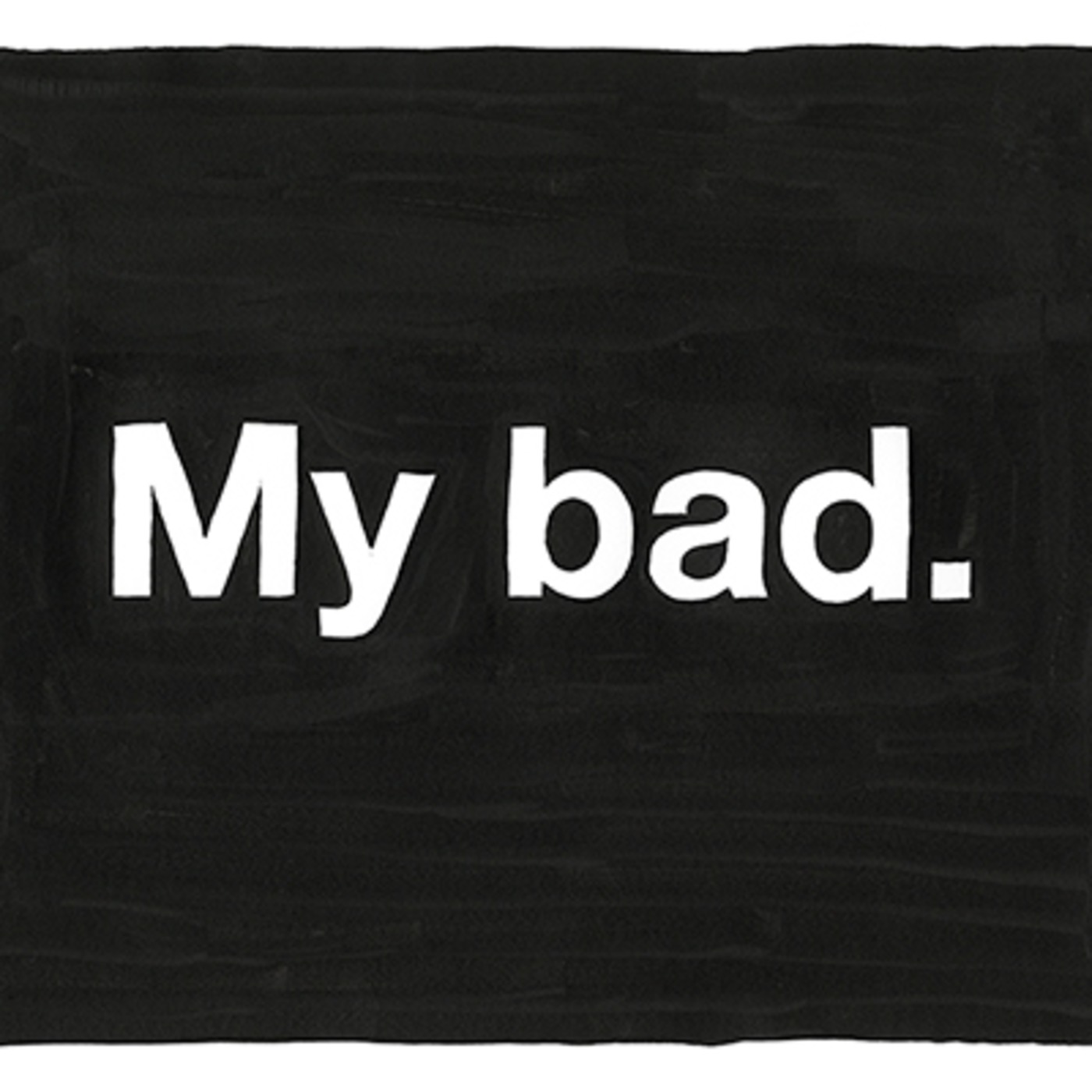 I apologize for the messed up audio in the earlier post. THis is the second part of the episode. I fixed the audio, so every thing should be good. Download this episode if you would like only the parts where the audio cut out. Also, here's a link to a blog post at the Journal Sentinal fanblogs, where a write discusses Doug Davis bad luck. He does a much more thorough job then we have. I recommend it. http://www.jsonline.com/blogs/sports/fanblogs/93268689.html 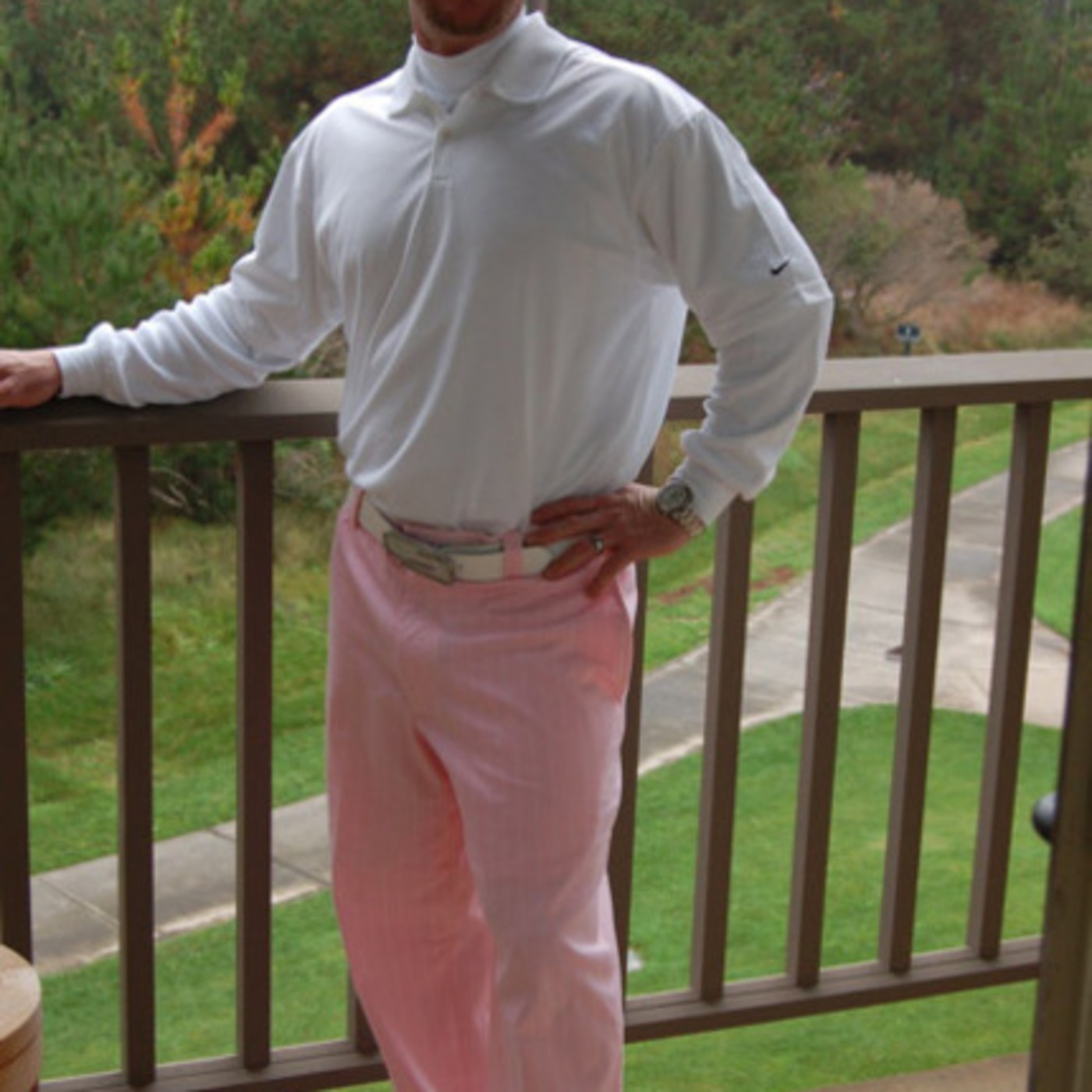 Latroy Hawkins suffered an injury this week. Jack and I discuss whether this injury is real, or if it's more along the lines of Jeff Suppan's "sore neck" (aka an injury invented to give an old pitcher some time to regroup). We talk about some of the reasons to be optimistic about the Brewers pitching staff, including another quality start from Randy Wolf (ERA 3.95), and more solid work from Yovanni Gallardo (ERA 3.07). Plus, Minor League news with an update on Chris Capuano, and his possible promotion to AAA, and an introduction to Wily Peralta, one of the Brewers top young arms. http://www.baseball-reference.com/minors/player.cgi?id=peralt001wil We also talk about the complete awesomeness of Greg Zaun's website: http://www.greggzaun.com/ Before you click on that link, be prepared to rock out to some Rush. Perhaps, that's what Doug Melvin liked about the Z-Man. Also Greg Zaun's line of golf pants: http://stungolf.com/product.cfm Yes, the picture of the man in pink golf pants is in fact Greg Zaun. 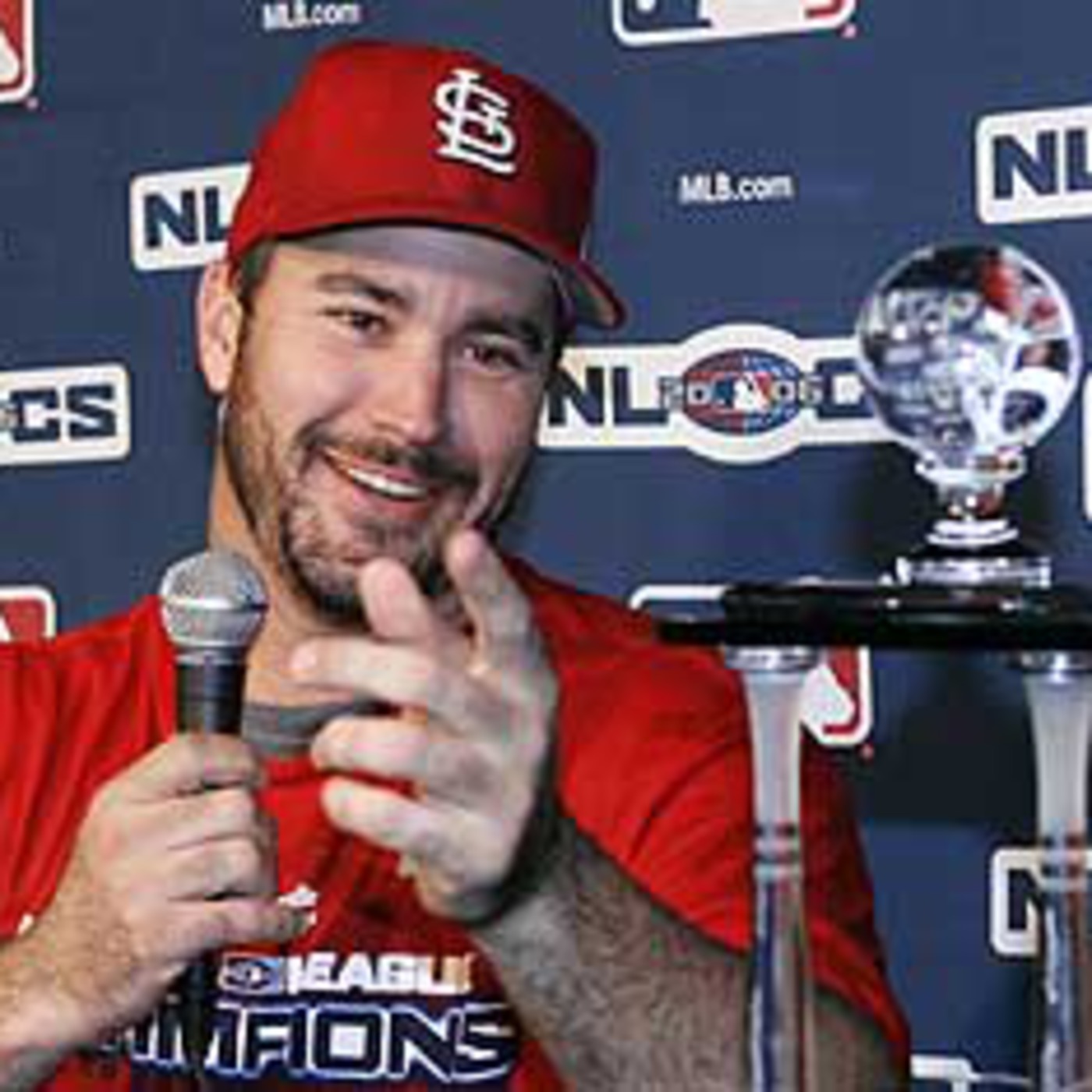 In the podcast, I mention Davis' bad luck and how to account for that luck statistically. FIP or Fielding Independent Pitching is the statistic that I use to look at what a pitcher's ERA should be without all the bad luck. Here's a more technical definition from The Harball Times: http://www.hardballtimes.com/main/statpages/glossary/#fip If you're curious to see the pitch data for Trevor Hoffman look here: http://www.fangraphs.com/pitchfx.aspx?playerid=1035&position=P Fangraphs.com has an incredible amount of baseball information. I feel bad linking you there, because I know that you will waste at least 20 minutes clicking through some interesting statistics. If you would like to drop us a line, please do so. You can comment on brewersreview.podomatic.com, or email us at brewersreview(a)gmail.com. 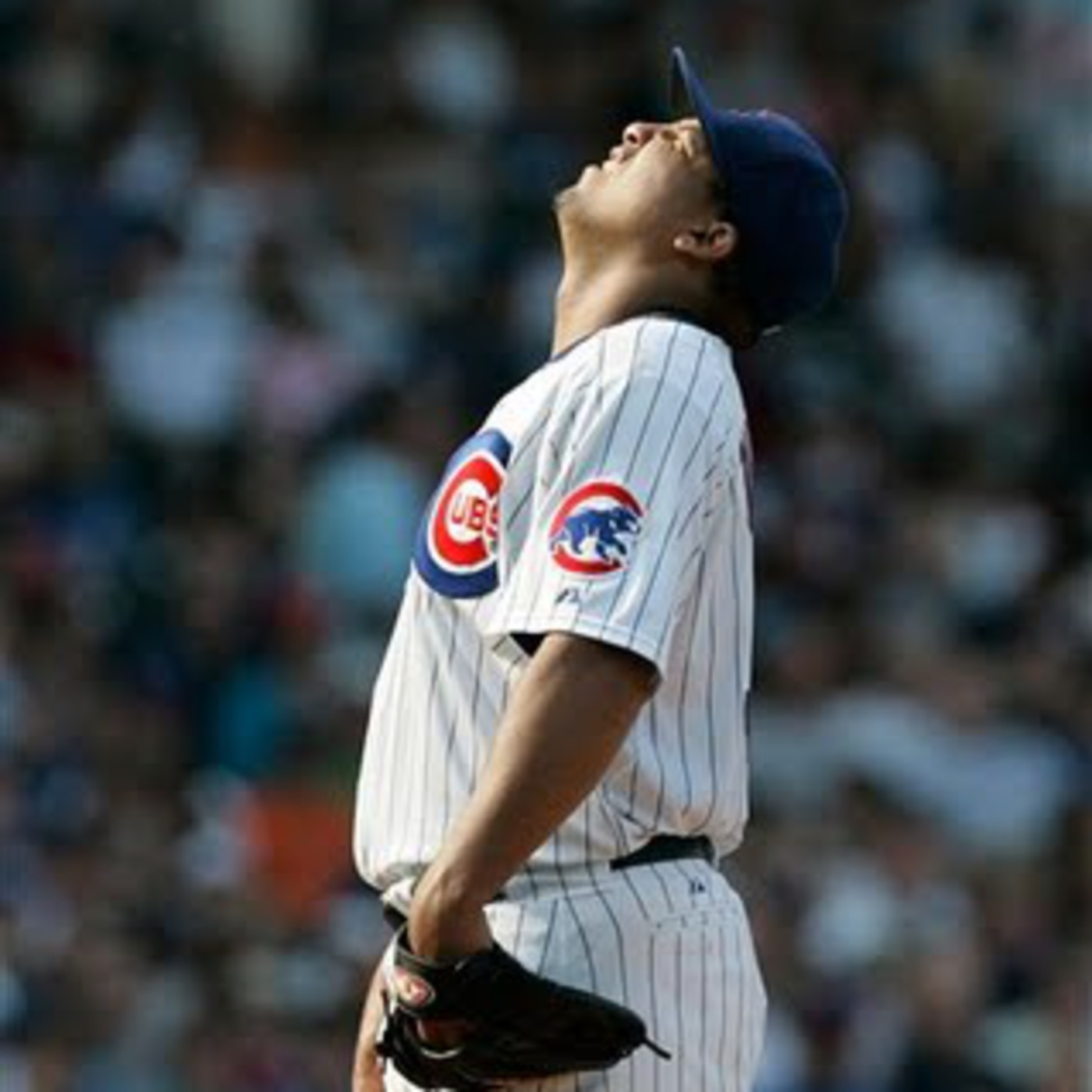 Podcast number 2 features a discussion of Edinson Volquez's suspension, Carlos Zambrano's move to the bullpen, Manager Ken Macha's constantly shifting lineup, and Brewers minor leaguers Chris Cody and Lorenzo Cain. From the brewers.com site, here is how the Brewers 20-0 defeat of the Pirates ranks historically: http://milwaukee.brewers.mlb.com/news/article.jsp?ymd=20100422&content_id=9500206&vkey=news_mil&fext=.jsp&c_id=mil This a good summary of the Zambrano move with lots of quotes, and the conspiracy theory that Jack espoused: http://www.chicagotribune.com/sports/baseball/cubs/ct-spt-0422-zambrano-carlos-cubs-chicago-20100421,0,4979197.story We also kicked around how we would order the brewers lineup. First is my short term lineup. This is what I would use if I had to win one game tomorrow: 1. Rickie Weeks 2. Jim Edmonds 3. Ryan Braun 4. Prince Fielder 5. Casey Mcgehee 6. Greg Zaun 7. Alcides Escobar 8. Corey Hart 9. Pitcher Realistically, I know that Edmonds shouldn't be pushed to play every day. With that in mind, here is the lineup I would use assuming that Carlos Gomez needs to get the lion's share of the starts in center. 1. Rickie Weeks 2. Alcides Escobar 3. Ryan Braun 4. Prince Fielder 5. Casey Mcgehee 6. Greg Zaun 7. Carlos Gomez 8. Corey Hart 9. Pitcher We also discussed Lorenzo Cain and Chris Cody's solid start to their season at Huntsville. Lorenzo Cain's numbers: http://www.baseball-reference.com/minors/player.cgi?id=cain--001lor Interview with Cain: http://milwaukee.brewers.mlb.com/video/play.jsp?content_id=7183149 Homerun by Cain: http://www.youtube.com/watch?v=gTZEOkHwwvQ Chris Cody's numbers: http://www.baseball-reference.com/minors/player.cgi?id=cody--001chr Cody pitching against the Iowa Cubs: http://www.youtube.com/watch?v=X-ZxE5-hhQc&feature=related As always, we'd love you feedback. If you have any comments or would like us to take up any particular topic in the next podcast, email us at brewersreview(at)gmail.com. 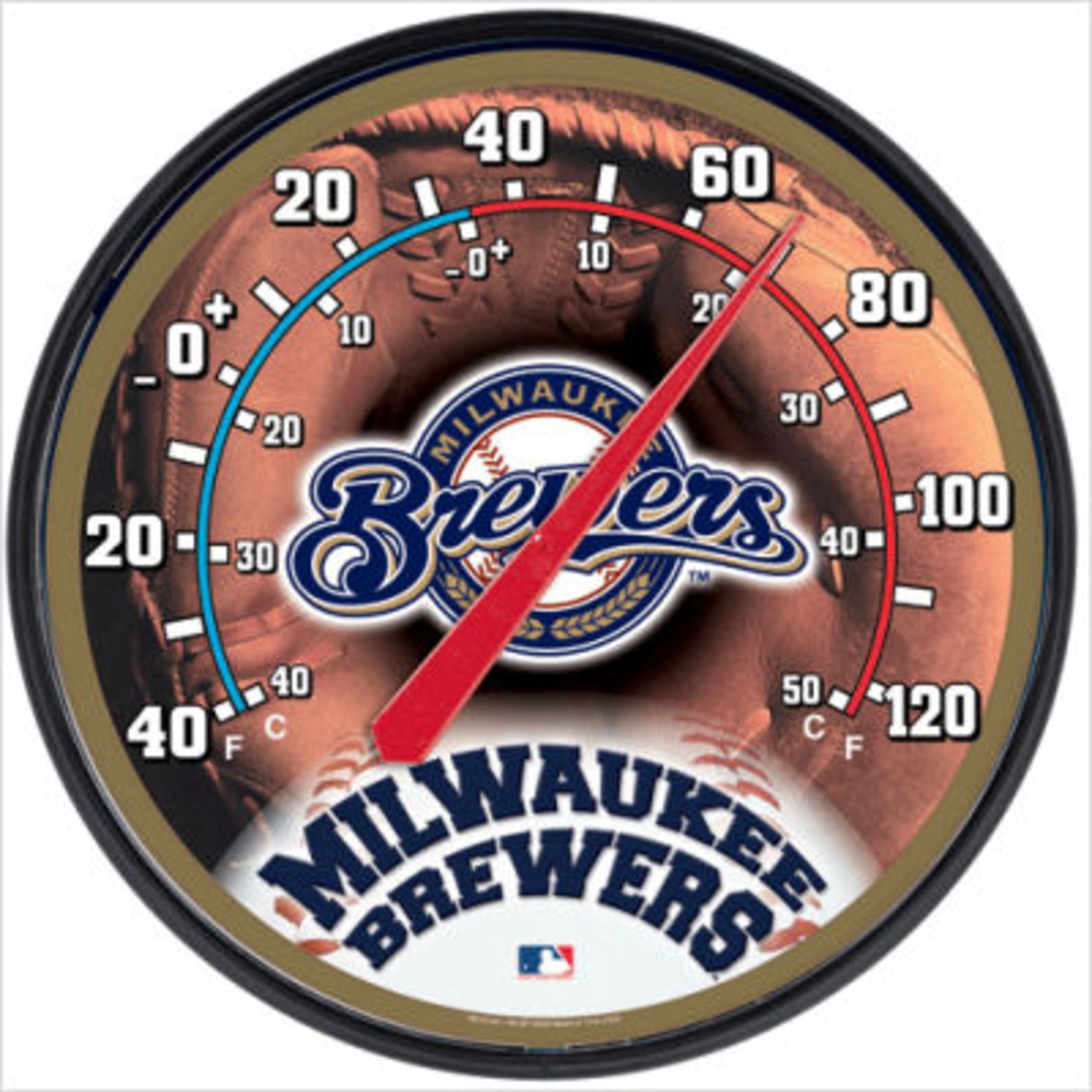 Here is our first podcast. We plan on posting a new one once every other week. I mentioned some things about pitches per plate appearance in the show, and wanted to follow up with a link to the leaders in Pit/PA last year: http://www.baseball-reference.com/leagues/NL/2009-pitches-batting.shtml Jim Edmonds' career average is 4.08 Pit/PA, which is well above the major league average of 3.75 and would have ranked him 28th best last year. For reference, the top three Brewers last year were Mike Cameron (ranked 53rd in MLB), Prince Fielder (68th), and Jason Kendall (100th). The new comer, Carlos Gomez, boasts a meager 3.45 Pit/PA. While this statistic is not the be all and end all of offense, certainly it would help the Brewers to get some more batters in the lineup who can make the starting pitchers throw more pitches. It was fantastic to see Carlos Zambrano have to throw 121 pitches to get through 5 innings. If you have any questions or topics you'd like us to discuss please email the show at brewersreview(at)gmail.com. A correction: the Brewers have had three quality starts and not just two. I think I say both numbers in the podcast. Bush, Gallardo, and Wolf all had quality starts. Another correction: Jack mentioned that Corey Hart had eye surgery. He hasn't (yet). He's just tried glasses/goggles/contacts. No lasik yet.